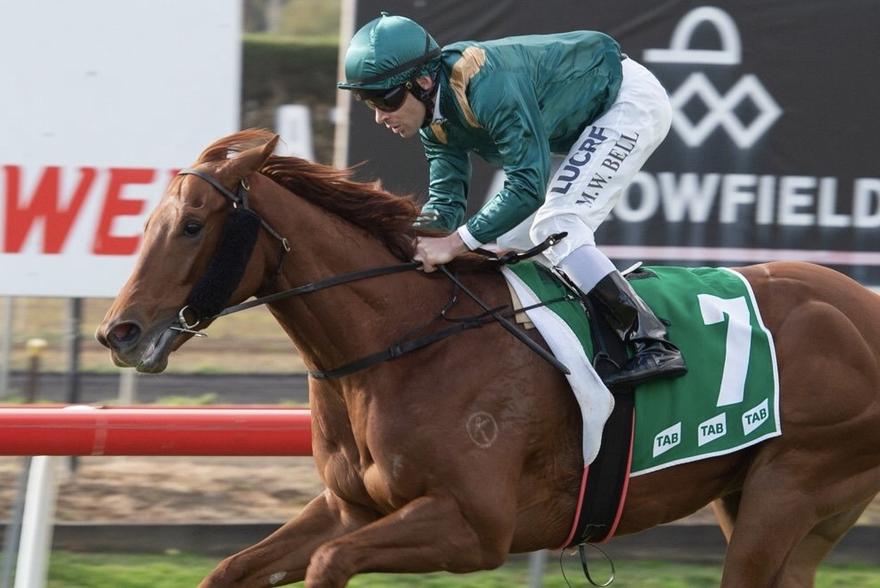 Sent out $2.20 favourite under Mitchell Bell, the Written Tycoon gelding didn’t disappoint, gaining cover up on the speed early before pulling out three-wide to pull away for an impressive 4.75 length victory over Fort Jackson.

Raced in the colours of James Harron Bloodstock, co-trainer Peter Snowden believes Helaku, while still learning the game, has the ability to be competitive at city class level.

“I’ve done this before and a trip away is good experience, on the float for four or five hours and standing here for another three or four hours, it’s good education for them and he did everything right,” explained Snowden.

“It will be a good confidence booster for the horse especially for later on. He did what he’s been threatening to do for a while and he’ll improve on that.

“He’s up to city class for sure. He’ll go to a midweek meeting and next and hopefully go on from there.

Still Undaunted took out the Shorty Cribb Aberdeen Cup while Knockout Girl scored the Greg Cribb Memorial Red Crown Handicap with Peter, wife Lyn and daughter Lisa on hand to present the trophies for the respective winners, in honour of Lyn’s late father and brother.