​HELAKU STEPS UP TO RANDWICK 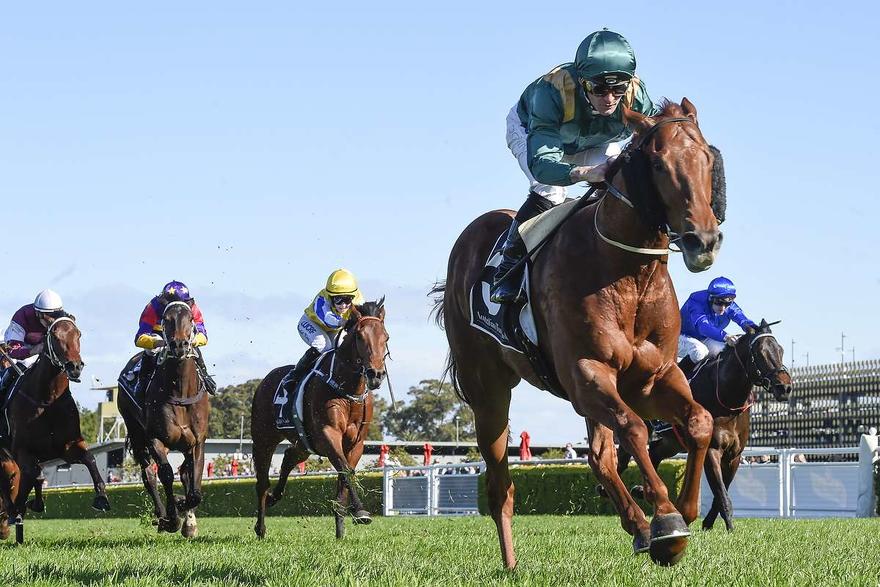 Teaching two-year-old’s their race craft can be a patient business, but when they sort themselves out to the task the results can be immediate and worthwhile with the Snowden’s Helaku displaying both qualities when winning the $100,000, #theraces Handicap (1200m) at Randwick on Saturday.

The Written Tycoon gelding was starting for the fourth time. He was fifth first up over 1300m at Wyong on May 22nd, fourth over 1300m at Kembla Grange on June 2nd and then the stable sent him for a trip to the Hunter Valley and Muswellbrook on June 17th.

This time Helaku won over 1200m putting away the country class opposition with ease and a near four length margin.

On Saturday that beneficial experience was clear once again with another win with ease. Corey Brown had Helaku (55.5kg) wide on the turn and tracking up the hill after the early leaders.

At the 300m Brown sent Helaku away. While the response was good enough to take the lead Helaku still had his head slightly to the left, however, Brown straightened him and with 200m to run they left the rest to decide the minor placings.

Helaku went to the line with four lengths in hand over Blast (Dalakhani) (55.5kg) and Rachel King with Thinkin’ Big (High Chaparral) (57kg) and Blake Shinn third. The $3.10 favourite Marmaris was fourth and Rock Zone fifth.

“There is probably still a little bit more to go. He is very much a work in progress, he does a lot wrong and probably has done all the way through his preparation until Muswellbrook when we went back a couple of pegs to race against and he really won well,” said co-trainer Paul Snowden.

“Today at the 600m they started to run along quite smoothly for him and he was nice and even in his rhythm. When they backed off in the middle stages he started to get on the bridle. It is just where his head space is at the moment. He is definitely improving.

“There has always been a future, he is still not the furnished product yet,” he said.

“He felt very impressive. I agree that he is a work in progress, he is quite light in the mouth and just doing the little things wrong. But once he got into the straight he was never going to get beaten. He travelled up and just put paid to them very quickly,” said Brown.

“When he scooted away I actually thought I had gone away too soon, but he really stuck to his task and hit the line solid. He is a nice horse in the making next time in once he fills out a little and matures that little bit more,” he said.