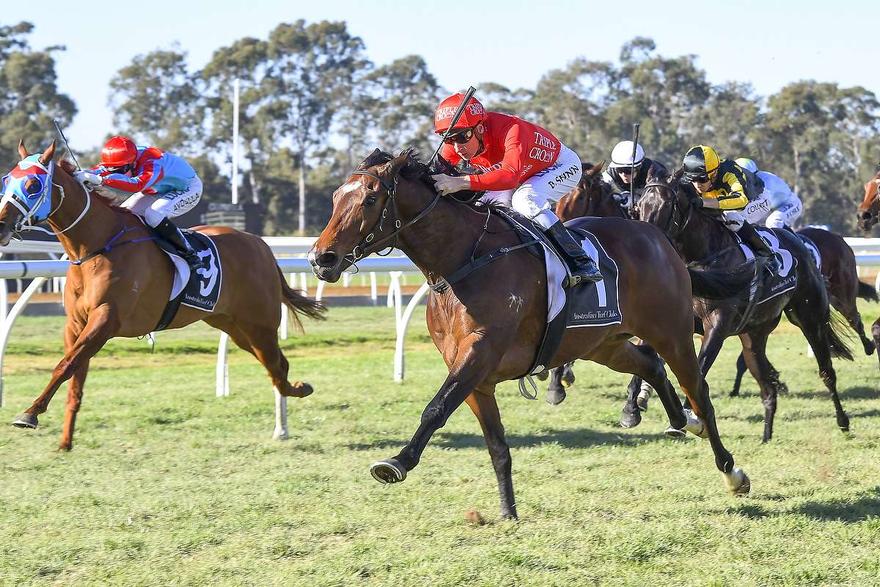 Carrying a top weight of 60 kilograms in the $40,000 BenchMark 71 Handicap (1400m) at Warwick Farm on July 18, Island Missile settled towards the rear of the field under Blake Shinn as the speed moved up on the outside of him, and when he found clear running in the straight he produced a devastating turn of foot to leave his rivals trailing.

A stakes place-getter after finishing a nose second in the Gosford Guineas last preparation, the three-year-old by Smart Missile had more merit in his first two runs this preparation than the bare results suggest, and after a getting back to winning ways here, the target is a return to those BlackType races.

Co-trainer Paul Snowden was delighted to see the talented galloper back in the winners’ enclosure.

“It was a really nice effort from the horse,” said Snowden. “They ran along nicely in the middle stages and it looked as though he’d just dropped the bit at the half-mile and Blake had to ask him to come underneath him.

“To see him finish off the way he did – that little bit of class prevailed in the end.

“He can step up a bit now and get a bit of weight relief. One hundred per cent it’s not beyond him that he can get back into Stakes company once again.”

Shinn added on twitter that the gelding has plenty to offer heading in to the lucrative spring.

“Super performance today by Island Missile, back in class for a confidence boosting win.

“He was held up and carrying 60kg so the turn of foot was really impressive. He’s a horse with plenty of upside heading in to spring”.