​RED UP FOR NSW RACING AWARDS 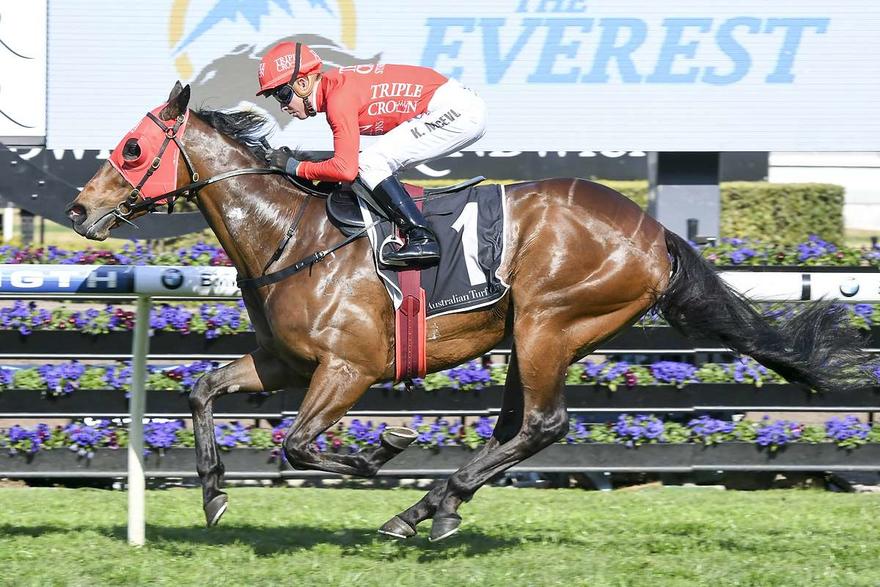 Australia’s sprint king Redzel has been nominated for the accolade of Racing NSW TAB Horse of the Year and Racing NSW Sprinter of the Year after a stellar season in which he won the Group 1 Darley Classic (1200m) at Flemington in November, following victory in the world’s richest race on turf, the $10 million The Everest in October (1200m).

Also nominated for the title of Sprinter of the Year is TJ Smith Stakes winner Trapeze Artist, and Galaxy Handicap winner In Her Time.

The six-year-old went unbeaten in his first four runs of the 2017-2018 season, following on from his maiden success in May, by winning the Group 3 Concorde Stakes (1000m) at Randwick, before he broke the course record for 1100m in Group 2 The Shorts two weeks later.

Redzel then achieved his crowning career glory in The Everest on October 14 in front of a record 33,000 racegoers at Randwick.

It what proved a breakthrough year, Redzel catapulted himself into the top 10 prizemoney earners in Australian Racing history, with his earnings now standing at $8,726,750.

“It’s an absolute honour for Paul and I to train a horse like Redzel, he’s so relaxed, tries his best every time he steps on to a track and everyone just loves him around the stable,” said co-trainer Peter Snowden.

“It’s the ultimate accolade to be on the shortlist for two such incredible titles, the horse deserves it and I wish the Triple Crown team the best of luck.”

The NSW Racing Awards Night is due to take place on August 16 at Royal Randwick, and we would like to wish the very best of luck to the owners of Redzel on what will be a fantastic evening, celebrating all things racing in NSW.