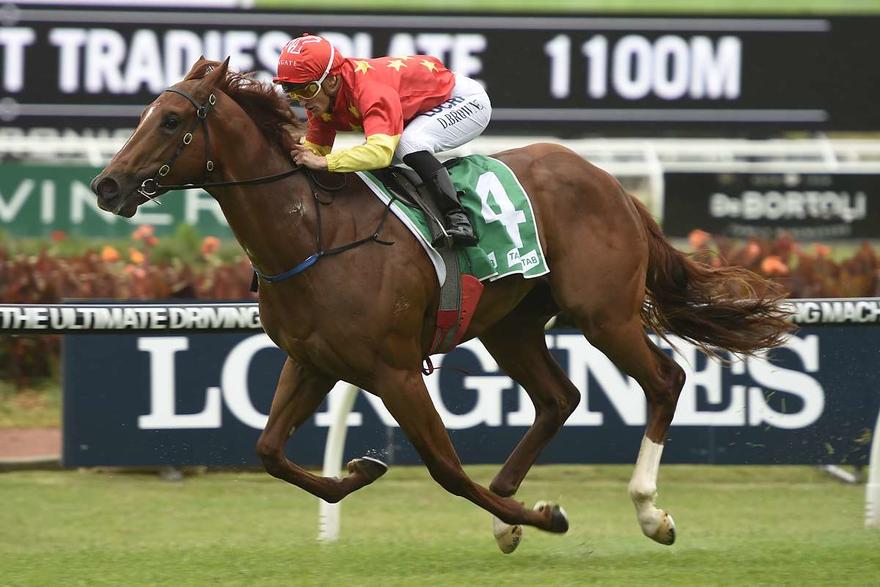 The new 2018-2019 racing season has officially begun, so with the spring racing carnival only weeks away, co-trainer Peter Snowden sheds the light on some of the stable’s key runners to follow.

She’s come back in excellent order and trialled very well to finish third behind stablemate Bondi on August 6. We’re not sure which race to target her for yet. She teased on that bridge of greatness last preparation and ran the Golden Slipper winner to a head in the Group 2 Reisling, but only time will tell if she can graduate to Group 1 level. She’s well above average on ability, and very exciting.

A nice horse, always showed a lot of ability. He ran well last campaign but was always just not quite right, as he lacked a bit of strength but he’s come back a lot more mature, stronger and has really bulked up during his spell. He finished third in a trial behind stablemate Neutrality on August 13 and will probably trial again on the 20th before resuming in the Group 3 San Domenico Stakes (1100m). hopefully we see some improvement.

He’s already done a great job. Got beat a wart in the Group 1 Champagne Stakes (1600m) last start. He raced in everything, from the Magic Millions to the Golden Slipper lead up races; he's a very tough horse. I was wondering whether he would come back okay from such a heavy schedule and to my eye, he looks better again. We’re aiming him at the Golden Rose, with a possibility to get him to the Caulfield Guineas. He comes off a lovely last start trial win on August 6, with Set T Sizzle and Pure Elation closely behind.

He’s a very fast horse and always showed me a lot. He’s come back in really good order following a good spell and has really strengthened up. He led from go to whoa in his August 13 trial which is an excellent start to the spring. He’ll head towards Sam Domenico then we’ll see from there. The Group 1 Coolmore Stud Stakes (1200m) is a long-term possibility for him but you’ve got to be realistic with those big race ambitions, and just take one run at a time.

He’s hasn’t earnt much prizemoney but he’s put his hand up as a possible Guineas horse at the moment, but the Guineas is a big target that’s two and half months away and there’s still a lot of water to go under the bridge yet. But I like him. He broke his maiden by over 3 lengths at Hawkesbury on August 2.

He’s all good and ticking over nicely and I was very pleased with his recent Gosford trial. He’ll take a similar path to The Everest as he did last year and resume in the Concorde (September 1), run two weeks later in The Shorts and then he'll have a month between The Shorts and The Everest on October 13 with a trial in between.