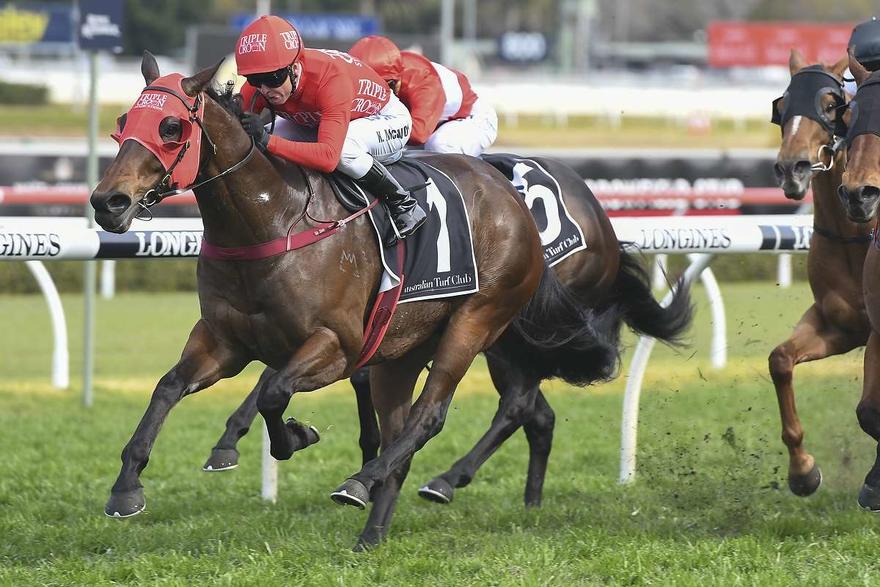 Reigning Everest champion Redzel proved he would again be a force to be reckoned with in next month's $13million race after he resisted a late betting plunge on Invincible Star to easily win the Group 3 Concorde Stakes over 1000 metres at Randwick on Saturday.

Invincible Star was the most recent horse picked up for The Everest by slot-holder Greg Ingham, who's GPI Racing signed the mare up on the strength of impressive trial wins at Warwick Farm and Randwick.

But after showing good speed, she yielded quickly to Redzel's challenge and could not resist the finish of outsider Kaepernick ($21) either as she struggled into third place.

Successful jockey Kerrin McEvoy said it was nearly the complete performance from Redzel, who was coming off two defeats to end his autumn campaign.

"It is good to see him back," he said. "He has taken all before him and a few people jumped off but he has been pleasing us at home and it's good to have him back and in winning form.

"He travelled really well today and topping the rise James (McDonald) pressed the button on his mare (Invincible Star) and I was still cruising so I just bided my time but he always had the race in his grasp and he has pulled up well from the run."

For the sprinter's co-trainers Peter and Paul Snowden, the performance backed up what they had been seeing on the training track.

"It's very satisfying knowing what we have got in front of us," co-trainer Paul Snowden said after the race.

"Just watching him parade out the back, it was the first time I've seen him break a bit of a sweat pre-race because it shows he's got a bit left in the tank.

"There is improvement to come, we were confident we had enough to get us by today for the big one in October."

Snowden said Redzel will stick with the proven formula of last year by following his Concorde success with a run in The Shorts at Randwick in two weeks before a month into the 1200-metre The Everest.

Although beaten into third place, jockey James McDonald said he was very pleased with the performance of Invincible Star.

"Went brilliant," he said. "She has had nine months off, taking on the best sprinter, the reigning champion for the Everest.