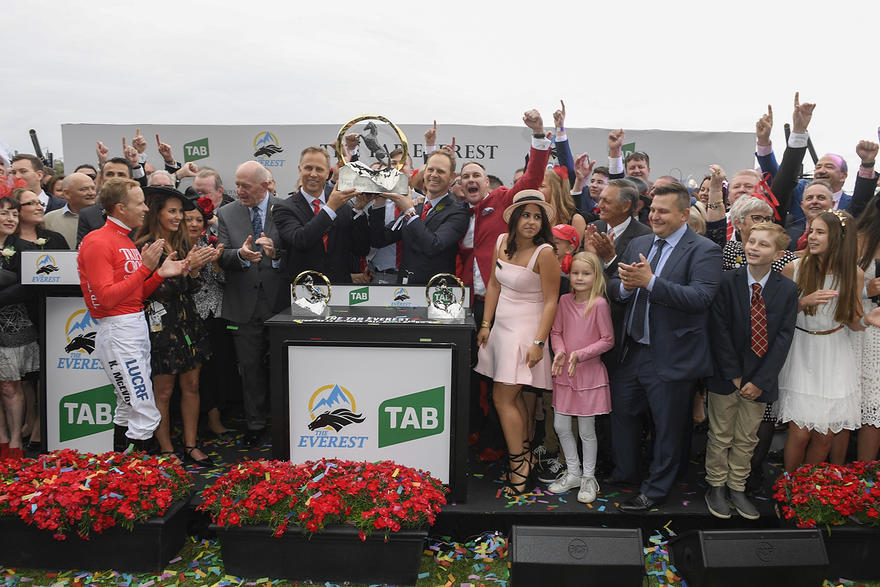 Triple Crown’s team of horses with exclusive trainer partner Peter and Paul Snowden, earned on average almost $50,000 per start during the 2017/18 season.

That’s just shy of the equivalent of winning a metropolitan Saturday race, every single start.

Triple Crown horses trained Team Snowden earned a mammoth total of $9.59 million during the 2017/18 season, by far the largest prizemoney haul of any Australian syndicator.

This total was achieved from 194 starters, leaving an average of $49,398 earned per start.

These figures include Redzel’s $5.8 million won in taking out the inaugural running of The Everest, yet even excluding this victory in the world’s richest race on turf, the average prizemoney per starter lies at just short of $20,000.

For comparative purposes, these figures present favourably to the $7,632 earned on average per start by another prominent Sydney Syndicator.

Redzel, Australia’s highest earning racehorse during the 2017/18 season, headed the Triple Crown team with wins in The Everest and the Group 1 Darley Classic, as well as track-record performances in winning the Group 2 Challenge Stakes over 1000m, and Group 2 The Shorts over 1100m.

From selecting and racing the leading progeny of four top line sires last season, to our team of horses earning an average of almost $50,000 every start during the 2017/18 season, Triple Crown lead the way when it comes to racehorse syndication!