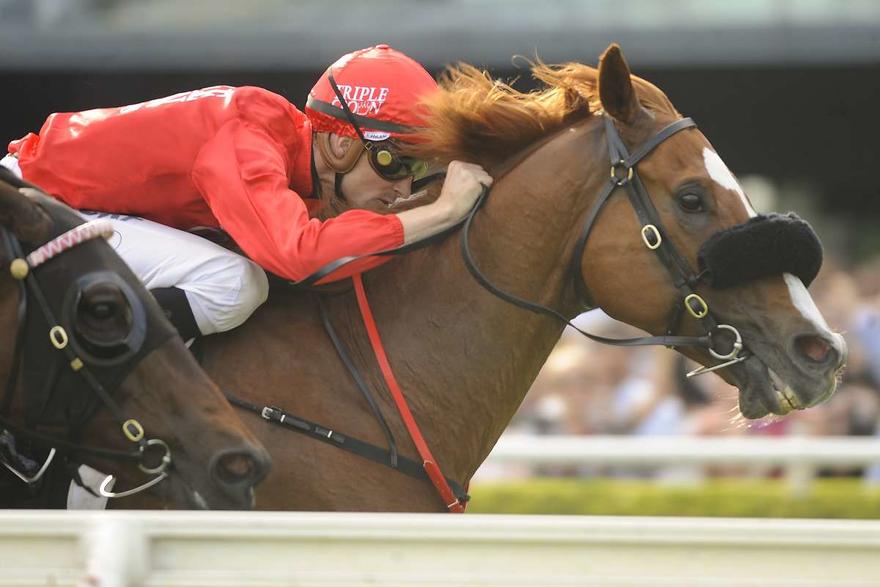 Peter Snowden’s day started in disappointing fashion but Dothraki improved his mood somewhat with a win in the Group 2 Bobbie Lewis Quality (1200m) at Flemington.

The Everest defending champion Redzel was found to be sore at Snowden Racing’sRandwick stable on Saturday morning, which caused his scratching from the Group 2 The Shorts (1100m) in Sydney.

Dothraki carried the red silks of Redzel’s syndicator to victory in the Bobbie Lewis Quality but the trainer was still showing the disappointment of the morning’s events.

“I’m glad (Dothraki won) but the disappointment this morning was a bitter pill to swallow,” Snowden, who trains Dothraki in partnership with his son Paul.

Dothraki’s win was his eighth in 47 starts but Snowden said the gelding has provided him with his share of frustrating moments in big races.

“There have been times where I’ve wanted to choke him. There are Group Is that he should have won but he’s just been pipped and it’s a few times that has happened,” Snowden said.

Snowden said the stable has worked to keep Dothraki fresh and keen as he gets older.

“He’s sound as a bell and it’s just a matter of keeping him interested and happy,” Snowden said.

Hey Doc finished seventh before stewards noted he pulled up lame whilerRch Charm who ran last as a $3.60 favourite also pulled up lame.