​REDZEL BACK ON TRACK 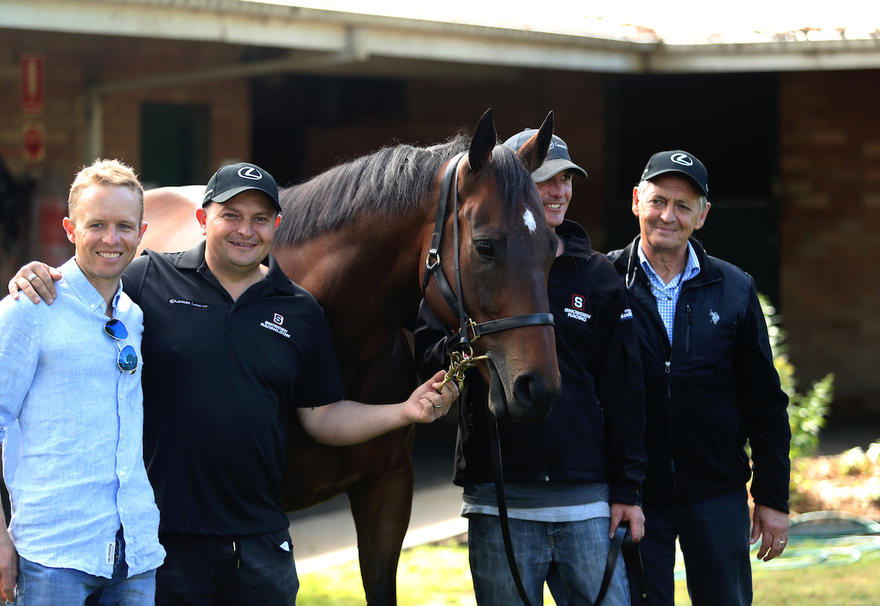 After missing The Shorts on Saturday due to muscle soreness, Redzel returned to work under saddle on Tuesday morning with co-trainer Peter Snowden reporting that the reigning Everest Champion was ‘full of himself’.

The six-year-old was a late scratching on Saturday morning from the Group 2 The Shorts after waking up with muscle soreness, in what was to be Redzel’s final lead-up run heading into a defence of his Everest title.

Racing NSW vet James Mizzi inspected Redzel on Tuesday morning, finding ‘no abnormalities’ with the gelding, and co-trainer Peter Snowden reported Redzel to be very well in his morning work.

“His work this morning was really good,” said Snowden. “We put a saddle back on him today and got the all clear from the vets and he was very keen, full of himself and very fresh, so all is well with the horse.”

Snowden also confirmed Redzel will likely take his place in the Group 2 Premiere Stakes on September 29 ahead of The Everest on October 13.

“He’ll have a gallop on Thursday and we’ll likely race him again at Randwick in the Premiere Stakes. He’ll need another race leading into The Everest and that should get him exactly where we want him.

“I was very happy with him this morning – he worked very fresh and very well and we’ll step his work up again this week.

“It was a minor setback as he’s just missed his planned lead up race, but I’m confident we can get him to where we need him and he’ll be in good order for The Everest.”