​CATCH ME BLISTERING IN GIMCRACK STAKES 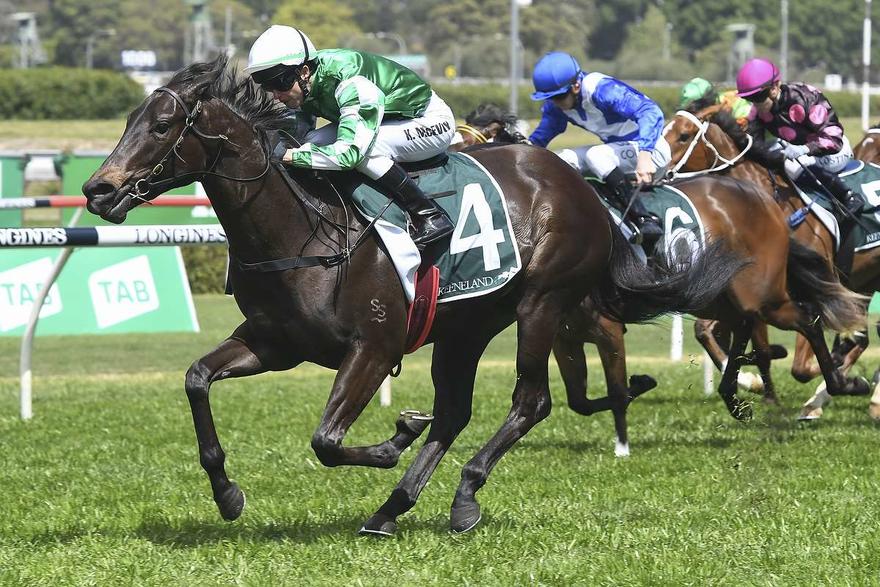 The Sydney two-year-old season commence in blistering fashion at Randwick on Saturday when the Snowden-trained filly Catch Me proved to be well named with a 2 3/4L win in the $160,000 Group 3 Keeneland Gimcrack Stakes (1000m) at Randwick in race record time.

Catch Me, under Kerrin McEvoy, started from barrier 12 and was eased back by McEvoy to be mid-field racing four deep. On straightening they were the widest of the field and the I Am Invincible filly moved forward well with the rest of the field inside them.

Racing in the middle of the track Catch Me was leading with 200m to go and then McEvoy sent her away leaving the rest to decide the minor placings. The brilliance of the win was franked with the time of 56.99 on the Good 4 track better than the 2010 time of Defiant Dame’s 57.41. The final 600m was clocked at 34.19.

The $4.30 favourite Diddles (Snitzel) and Jason Collett were second with Mayaaseh (Exceed And Excel) and Corey Brown third, the margin 1/2L. Amercement was fourth. Catch Me paid $5.00 on fixed odds and $4.70 on the tote.

The win was comprehensive with the race record combining with the wide barrier and passage throughout.

“I thought she could run well. When the draw came out it is not very often they win from those wide gates first start in a race. Even though she had done everything right at home, she can get lost in a position she had never been before," said co-trainer Peter Snowden.

“I said if they going too hard come back a touch but he tried that and was still six deep. Was shunted wide on the corner on her own doing it all herself. It adds more merit to the win. Obviously a filly with good potential.”

“I said to the owners yesterday if she runs well, the Blue Diamond is perfect timing for her. That is what we will have in mind for her,” he said.

“She has got a very nice amount of ability, I was wide and was getting pushed wider on the corner but she still had the tenacity to kick on and put her nose in front as we approached the furlong and she did it quite soft in the end. so a great start to her career," said McEvoy.

“She is above average that is for sure and she is only going to get better so it was a really good effort to kick like she did after being caught wide and a little bit aggressive through the first part of the race.”

Catch Me, out of the O’Reilly mare Captivating Claire, was a $625,000 yearling purchase by Yu Long Investments with Captivating Claire from the family of Octagonal , Marquise and Mouawad. She was bred by Segenhoe Thoroughbreds in the Hunter Valley, as was the runner up Diddles.