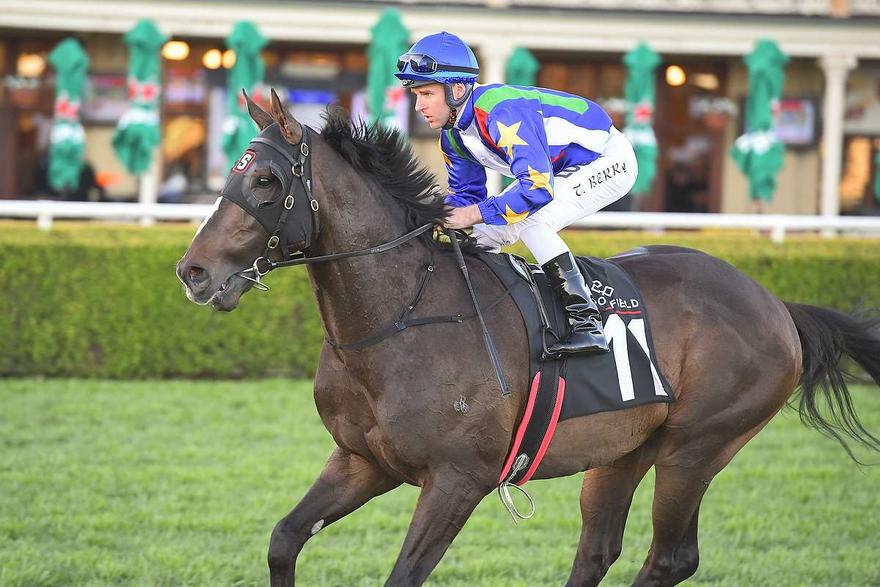 The five-year-old son of Artie Schiller out of A Rocking Good Way settled beautifully mid field until Berry asked him to extend right up the inside rail just after the home turn, saving all the ground to record a fifth career victory.

A home-bred by Victorian-based Tony Torcasio, Maximus has earned more than $175,000 in prizemoney  from just thirteen starts.

Co-trainer Peter Snowden was pleased with the performance, which book ended a winning day for the stable which started with outstanding filly Catch Me dominating the first event.

“It was a very smart ride, Tommy stayed out of trouble, saved all the ground along the inside fence and pounced when the time was right. He really tries hard this horse and is a good money spinner.

“I’m thrilled for his owner-breeder Tony Torcasio and the other group of connections.”

In other celebratory news, three-year-old son of Fastnet Rock, California Concord, stepped up in distance and class to make it back-to-back wins at Newcastle in the $35,000 Australian Bloodstock Class 1 Handicap (1500m).

Under the guidance of Mitchell Bell, the Howard Liang-owned gelding took a sit in third position behind the leaders before reeling them in for a tough head victory over Time Raid.

California Concord has earned over $50,000 from just five starts for two wins and third.