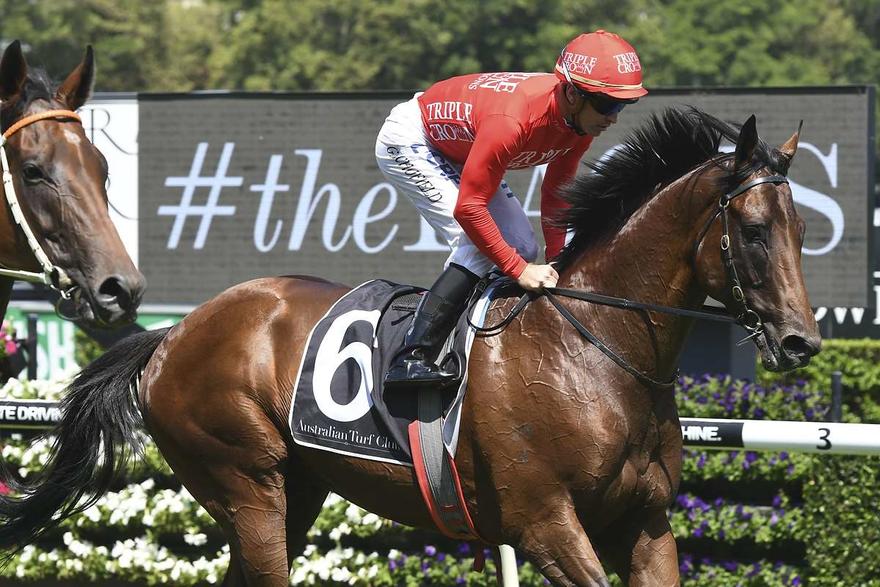 The Triple Crown colours were carried to victory at Caulfield on Wednesday [October 17] by talented Your Song gelding Brave Song, a $67,500 Inglis Classic purchase from the Yarraman Park draft.

The Peter and Paul Snowden-trained Brave Song has been knocking on the door of a stakes victory having been third, third and fourth at his past three runs in BlackType races.

Given a cosy run from gate one by James McDonald, Brave Song hit the line hard late to score a long neck win in the 1200 metre sprint.

"He had no luck last time, but he was strong to the line today," said McDonald.

Brave Song has won five of 13 starts earning over $340,000 in prizemoney and will be winning plenty more of these types of races.

Bred and offered for sale by Yarraman Park, Brave Song is the best of four winners from Brave Choice, a sibling to Group II winner Brave Prince and stakes-winner Valourina, the dam of Group winners Media, Timbourina.

Brave Song is the second stakes winner for Widden Stud's Your Song, who stands this spring at a fee of $22,000.