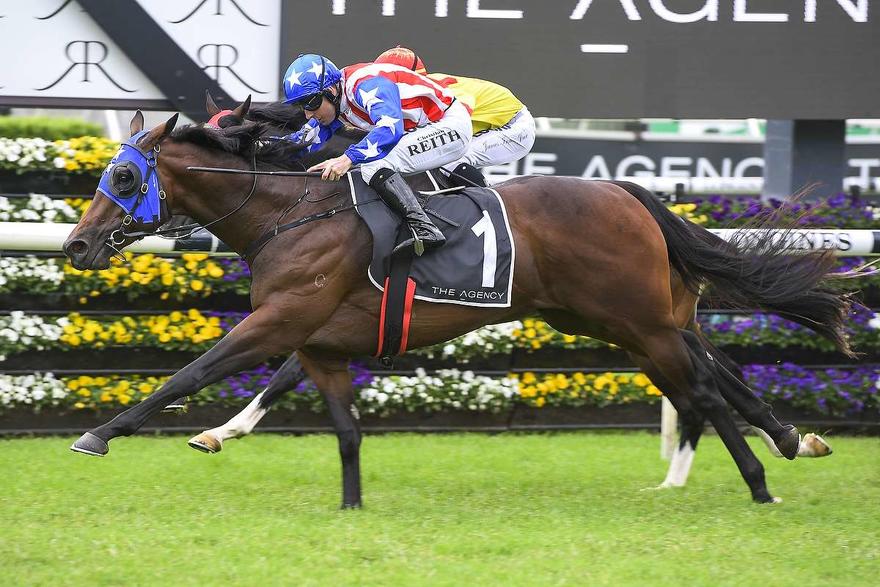 Race-favourite Napoleon Solo clinched a heart stopping victory to break his maiden status in the $50,000 The Agency Property Management Handicap (1400m) at Randwick on November 6.

Having settled third last after a slightly tardy start, the three-year-old son of Uncle Mo circled the field four wide on the home turn under Christian Reith and let rip down the straight to reel in Stealth Sniper by 0.3 of a length.

Co-trainer Paul Snowden was delighted with the victory, and feels there is a lot more improvement in store.

“That was an impressive win, he really dug deep and chased them home hard. It took him a little while to wind up, but he wanted to win and it was a perfectly timed run by horse and rider in the end.

“I think connections are going to have some fun with this guy,” said Snowden.

Napoleon Solo just missed to Adana last time out which proved to be good form considering he went on to finish sixth to Ranier in the $200,000 Group 3 Carbine Club Stakes (1600m) at Flemington on Victoria Derby Day.