​VALIANT ALL TOO FREE DOMINATE HAWKESBURY 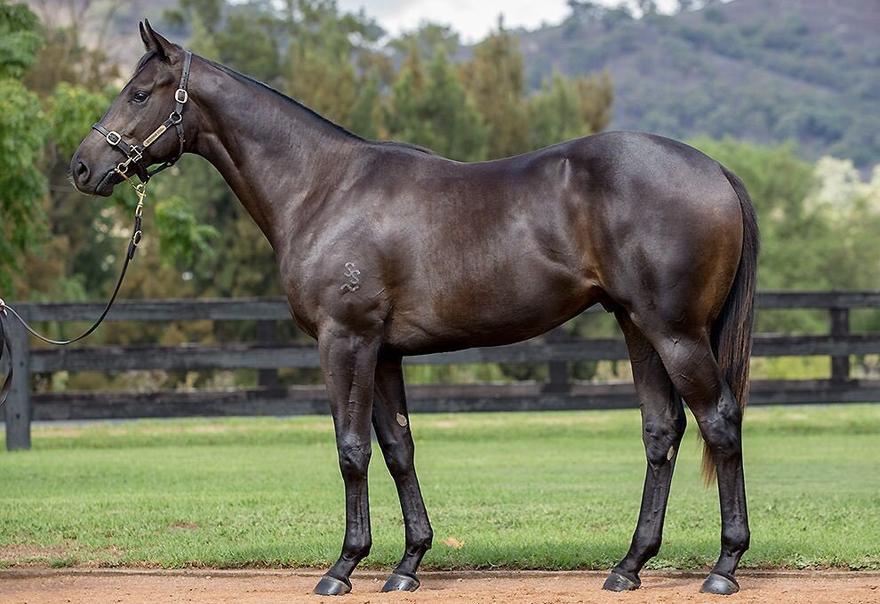 I Am Invincible colt Valiant (pictured as a yearling) carried the James Harron Bloodstock colours to victory at just his, second race start in the opening event, the $35,000 Sambell Concreting Maiden Plate (1100m) at Hawkesbury on November 8.

Piloted by Josh Parr, the promising three-year-old settled three-wide with cover towards the rear of the field, before easily accounting for rivals in the home straight with a barnstorming finish to beat Lagarde by just under a length, while the rest trailed by more than three lengths.

“He was just too good for them and you can see that with the style of win,” explained co-trained Paul Snowden.

“To settle behind three-wide with cover, and work home around the field the way he did as just his second start was really pleasing to see.”

Four-year-old mare All Too Free put in a similar showing five races later, coming from behind for a dominant 1.83 length win ahead of The Patrician for ownership group Kia Ora Stud in the $35,000 Blake's Marine Benchmark 64 Handicap (1100m).

The daughter of All Too Hard has been consistent with performances, recording two wins, two seconds and a third from nine career starts for a tick under $60,000 in earnings.

“It was a good day in the office for the team, to come away with a second win. She’s was dominant today and it was a good ride by Christina Reith,” added Snowden.