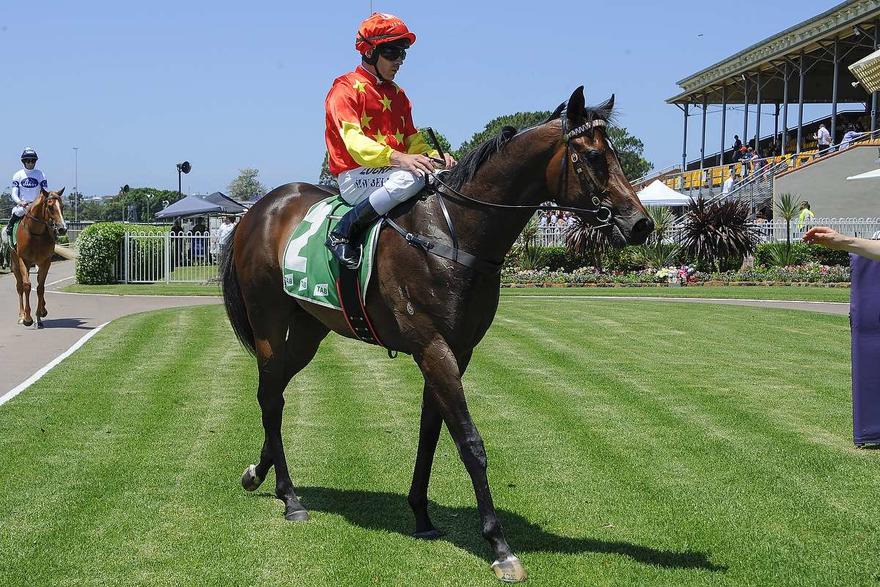 Promising Deep Field colt Cosmic Force, took out the $35,000 2YO Maiden Plate (900m) in impressive fashion at Newcastle on November 10.

Ridden beautifully by Mitchell Bell and carrying the colours of China Horse Club, Cosmic Force jumped positive and sat up on the pace with Foxy Rocket leading on his inside, before the pair strode away in the concluding stages beating Blazing Miss with ease by almost a length.

“He’s been a professional since day one. The style of win was gutsy, he’s got substance.

“He’ll go out for a spell now and we’ll see how far we can take him next preparation…it could be exciting times ahead for connections,” said co-trainer Paul Snowden.

He was a $180,000 yearling purchase from the Inglis Classic Yearling Sale bred by Bob and Sue Hannon at Ascot Park out of the mare Little Zeta, making him a half-brother to Group 3 winner Onemorezeta.

Second up on the card was impressive three-year-old filly Natalia who careered away for a dominant 1.58 length victory over Silver Melody in the $35,000 Benchmark 64 Handicap (900m).

The lightly-raced daughter of Choisir settled third last, before Mitchell Bell took a split in the middle of the pack and opened her up with a dominant display through the line.

“Once Mitchell got clear galloping room, he gave her a good hit out and she’s went through the line beautifully; it was impressive to watch,” added Snowden.