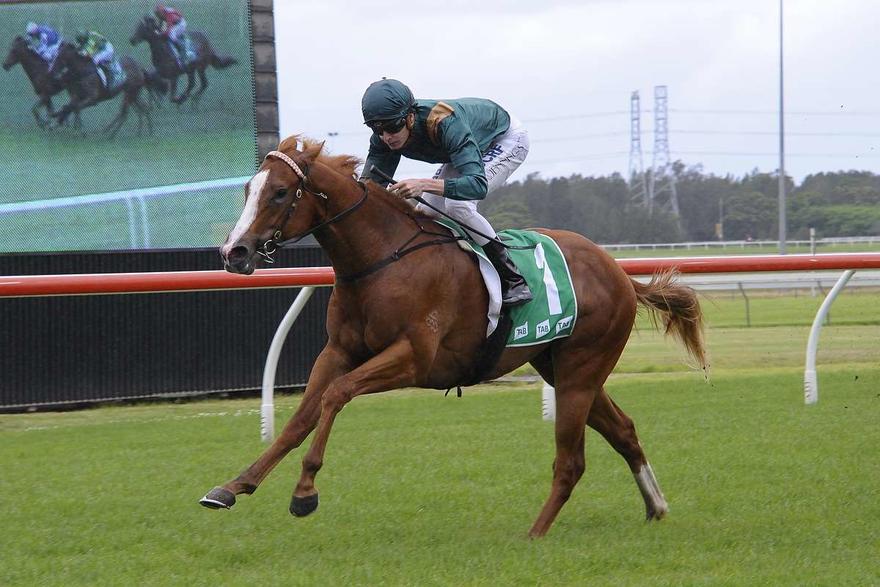 Kembla Grange has been the track for plenty of top horses to make their debut over the years, including English (Encosta De Lago). Snowden Racing unwrapped an expensive, well-bred colt on Saturday [November 17] that may well go on to bigger and better things, when Stronger (Not A Single Doubt) won on debut.

A regular at the sales, always targeting well-bred colts as stallion prospects, James Harron paid $1,050,000 for Stronger earlier this year at the Inglis Easter Yearling Sales.

“He’s very much in the mould of the good Not A Single Doubts that we’d seen. A bit like Gunnison who we had and unfortunately had to geld, but he won the Todman," Harron said.

“He was that medium size, strong, very athletic and seemed to have a very good mind and was extremely tractable through the sales. He just put his head down and wanted to parade and never got tired, he built through the sale and kept getting stronger and better."

Stronger showed his professionalism on Saturday settling in behind stablemate and leader Brazenpine (Brazen Beau) before angling off the leaders back at the 300m, with good acceleration he went to win the 900-metre event by a length and a quarter.

As an Inglis graduate, Stronger will target the rich Inglis race series with the $500,000 Inglis Nursery at Randwick on December 15 the immediate aim.

“He may have another run in between now and then. We’ll speak with the team but that’ll be his main goal this preparation” said Harron.

Although only his first start, Harron was thrilled to get a pre-Christmas win from Stronger, suggesting he’ll be better early in the new year when targeting the bigger 2-year-old races. Harron again has his sights on the Golden Slipper, which he won in 2015 with Capitalist (Written Tycoon). It’s too early to draw any comparisons between the two but at this stage Stronger is doing everything right.

“He looked precocious enough to be an early type and it’s great to get out and win pre-Christmas," he said.

“In his trial he put himself right there, got up on the speed and today he showed a lot of race sense for a horse that was only coming out for the first time. He’s putting his hand up and telling you he’s ready to be here."

Stronger was bred by Arrowfield Stud and is the second foal of Star Pupil (Starcraft), a daughter of Ain’t Seen Nothin’ (Nothin’ Leica Dane) who was a talented mare trained out of Canberra by Barbra Joseph. Ain't Seen Nothin' was placed at Group 1 level and is now a successful broodmare, having produced multiple Group 1 winner in Singapore Stepitup (Hussonet) and the well performed Bachman (All American), a multiple winner at stakes level.

After a short let-up over Christmas and New Year it will be full swing towards the $2,000,000 Inglis Millennium at Warwick Farm in February and beyond.

Although prize money earned in the Inglis race series does not count towards entry into the Golden Slipper, experience in high pressure 2-year-old races will ensure Stronger is well placed to run in the main Golden Slipper lead-ups.