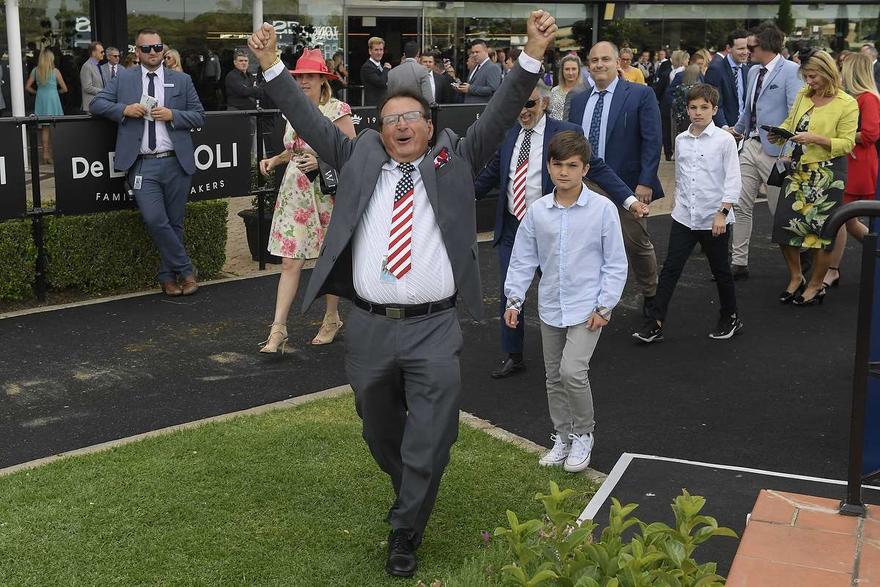 Napoleon Solo made an impressive jump from mid-week to Saturday class when he burst through the pack to take out the $125,000 Rosehill Bowling Club BenchMark 78 Handicap (1500m) at Rosehill on November 25.

Ridden by the irrepressible Kerrin McEvoy who topped his day with a winning treble, the pair took advantage of a good barrier and weight relief to settle comfortably in the first third of the field on the fence.

Once in the home straight, McEvoy asked the Uncle Mo colt to balance up and pounce through the centre, which he did so with determination to reel in Turnberry by 0.4 of a length.

“It’s not easy. You might say this is a BenchMark 78 but they are season tough horses who know a lot about racing and they served it up to him. We wanted to ride him a little bit closer today.

“He was in the perfect spot. I think the runs were coming a bit early for Kerrin before he was ready to take them and then they hit a bit of a flat spot when he straightened, but he showed a good bit of grit and that’s what you want to see from a horse when put under pressure - you want them to keep finding and that’s what he did today,” explained Snowden.

“I always liked the horse but he’s been a bit slow to pick things up, but that’s a god thing because this breed can get a bit hot at times. He’s got a fantastic nature and showing a lot of determination in his racing now.

“He’s certainly a progressive horse and I’d like to think he’ll get better next time through.”

McEvoy, who continues to ride in career best form fresh from a third Melbourne Cup victory and treble at Rosehill, believes the three-year-old has got the right attitude and much more improvement to come.

“Big tick for the horse today from maiden grade. He did it in nice fashion against hardened campaigners, but he had a nice weight to off-set that and a good barrier and nice ride. He showed a nice attitude over that last furlong, “added McEvoy.

“He’s still learning to get around the corners, he got on his wrong leg during his work on Tuesday, and did the same today, but to his credit he got going over the last furlong and is open to improvement over a little but further as well.

“The stable has always had a high opinion of him and showed nice ability in his early trials and it’s coming to fruition – he’s been well handled by the team.”