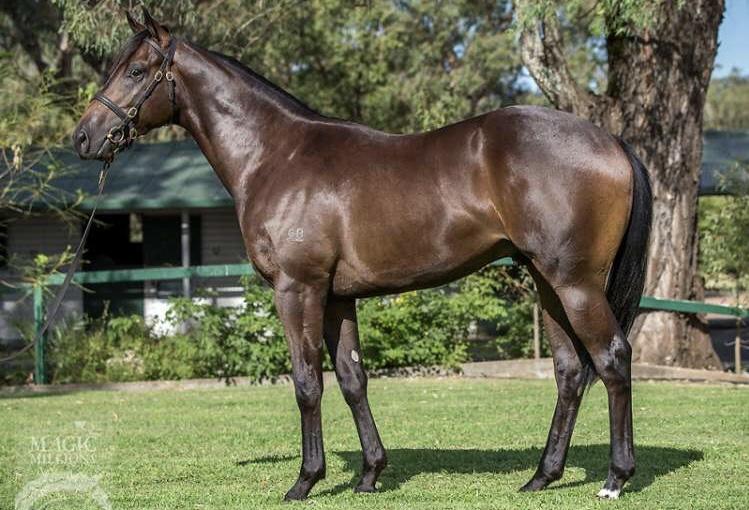 Million-dollar colt Rome (Pierro) looks to be well on track for a shot at next month's $2 million Magic Millions 2YO Classic at the Gold Coast after a strong trial performance at Randwick on Monday morning.

Rome, who James Harron paid $1.05m at the 2018 Gold Coast sale from Bhima Thoroughbreds, has had one start for Peter and Paul Snowden in the G3 Breeders' Plate in September when he finished fourth beaten less than two lengths by Dubious (Not A Single Doubt) running the fastest last 600m of any 2-year-old on the day.

His return to the track has been highly anticipated and he finished very well under Brett Prebble in the 1050m trial. Prebble settled him near the back of the field and he surged late to finish second, narrowly beaten by another Pierro colt, Bacchus.

Harron said Rome, who has a host of high-profile owners, had improved in the two and a half months since his first run and would aim to get to the Magic Millions through a race at Doomben in two weeks.

"He had a short break after a very promising run in the Breeders' Plate. Physically he has strengthened up well and looks set for a good preparation," he told TDN AusNZ.

"He’s aiming towards the G3 BJ McLachlan Stakes at Doomben on 29th December, and Brett Prebble will again ride him as he came to Sydney to ride him this morning."

"Hopefully from there he can get himself into the Magic Millions and we can think about the good races in the Autumn from there."

Rome is the first foal from Dance Card (Exceed and Excel), a half-sister to talented sprinter Kaepernick (Fastnet Rock) out of Listed winner Volcada (Stravinsky).