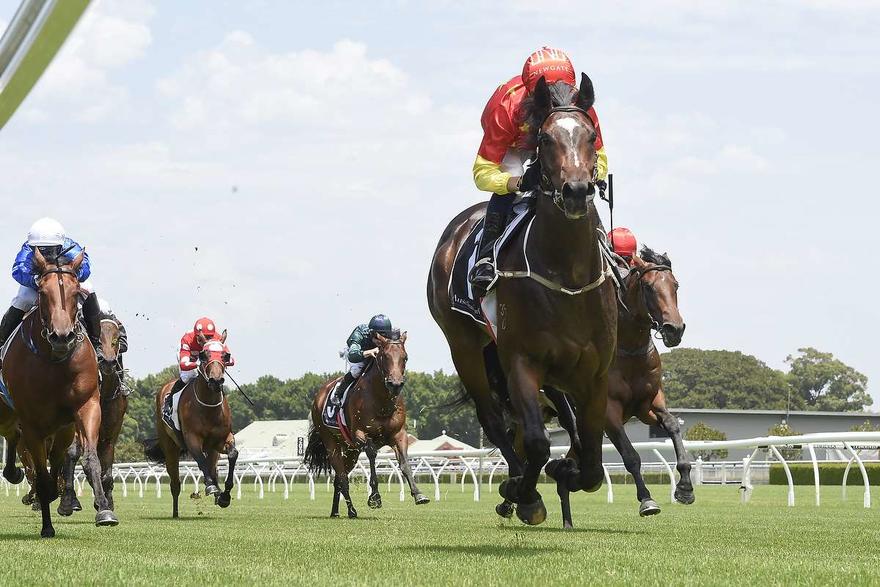 As we near some of the big autumn races, Peter Snowden gives the exclusive run down on some of the stable’s most promising youngsters.

In Melbourne we’ve got the two fillies who are progressing nicely towards Blue Diamond in CATCH ME (I Am Invincible x Captivating Claire)  and ANAHEED (Fastnet Rock x Rostova). Catch Me won the Blue Diamond Fillies Preview last Saturday at Caulfield and did it impressively in good time, so from here we’ll progress to the Prelude on February 9 and then the Diamond on February 23. Anaheed finished fifth in the race, beaten 2.45 lengths by her stablemate, but I’ve always thought she would appreciated further distance.

In Sydney we have some nice two-year-olds who are trialling and ready to race:

We’ll start with MCLAREN (Exceed And Excel x Serenada). He’s very impressive, and comes off three trial wins, the last being a 6.8 length victory on January 22 so that tells you something. He’s a chance to run in the Group 3 Canonbury (1100m) at Rosehill on February 2.

AUSSIE (Snitzel x Gold Anthem) ran very well last Saturday at Randwick to finish second to Dawn Passage at his first start over 1000m. It was a really gutsy effort. He is a half-brother to Starspangledbanner and one to follow for the future.

The ultra-consistent gelding HIGHTAIL (Written Tycoon x La Paris) comes back to run in the Sydney Carnival. He did a very good job to run third in the Magic Millions earlier in the month and his races before that. We’ll probably aim for a Golden Slipper preparation, although the Slipper race could possibly be a tad strong for him. It’s hard to tell at this stage but we’ll see how he progresses. Contests like the Todman or the Black Opal are certainly winnable races for him.

Carrying the colours of James Harron Bloodstock, the lightly-raced ROME (Pierro x Dance Card) will feature during the Autumn and I see him at his optimum over the 1400 metres to mile races.

MAYAASEH (Exceed And Excel x Maysoon) – is a smart filly on the rise, who’s got good form line having ran third in the Gimcrack behind Catch Me on September 29. I think she’ll make a stakes class filly. Hoping to resume in the Group 3 Widden Stakes (1100m) at Rosehill on February 2.

COSMIC FORCE (Deep Field x Little Zeta) is smart horse which won in very good time at Newcastle last year on November 10. He’s since trialled very well and may run in the Inglis Classic on February 9 at Warwick Farm.

The half-brother to Russian Revolution, AUTOCRATIC (Wandjina x Ballet D’Amour) is a nice horse on the rise and will get further distance than what his brother did. Like Rome, I’m thinking 1400 metres to the mile might suit him best. He’ll have a trial second week of February.

REDZEL is back and ticking over nicely. He’ll go to the Challenge then either the Galaxy or Newmarket Handjcap and on to the TJ Smith at Randwick. All going well, he’ll then progress to Brisbane for the Doomben 10,000.