An eighth Blue Diamond may be on the cards! 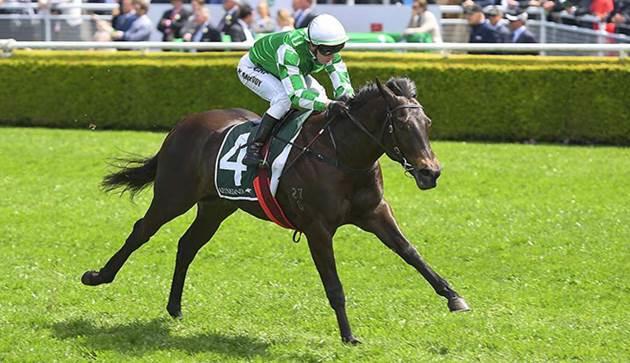 Catch Me taking out the Group 3 Gimcrack Stakes back in September.

A trainer and jockey that have won seven Blue Diamonds between them will team up with Catch Me in Saturday’s edition of Victoria’s richest two-year-old race.

Snowden Racing's three Blue Diamond wins have been for Dubai-based sheikhs but will run Catch Me on behalf of Chinese owners Yulong Investments in Saturday’s $1.5 million race.

Catch Me showcased that she is a filly with a lot of talent when winning her first two starts in the Group 3 Gimcrack Stakes back in September as well as the Group 3 Blue Diamond Preview last month at Caulfield.

Catch Me’s Blue Diamond Prelude performance prompted TAB to push her out to $11 in Blue Diamond betting but even Dwayne Dunn said the daughter of I Am Invincible might have had excuses for her last effort. 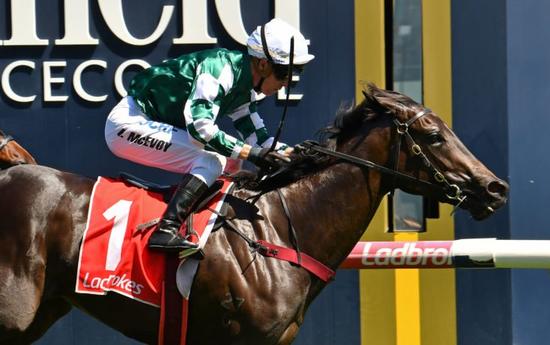 “She is a bit of a quirky horse. Kerrin (McEvoy) fell off her a few times before she won at Caulfield. And it was probably the first time she has had to race inside horses last time. She probably resented it.”

The Snowden team has made a gear change, adding blinkers to Catch Me for the Blue Diamond. It’s a ploy that has been used successfully before in the Blue Diamond and on two of Dunn’s previous four winners.

“They put the blinkers on her because if she drew, one, two, three it might help her in being able to hold her spot as they felt she was a bit intimidated with horses around her last time.”

Dunn said Catch Me would benefit from drawing out in the Blue Diamond Stakes. Tuesday’s barrier draw was a plus for the filly after she drew barrier eight in the 14-horse field.

“She’s got an ideal gate. There’s good speed. She should land close in behind them and hopefully run really well. They might look to hold those leaders up, but they look pretty one-dimensional, so it sets us to be just behind that speed. If she brings her ‘A’ game, we know she’s good enough.”