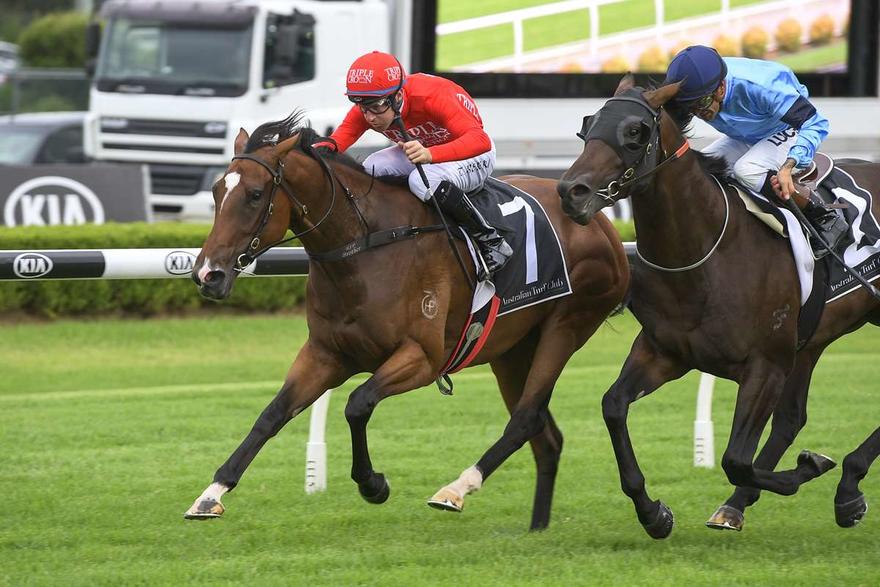 Two year-old filly Belitsa claimed the opening race of the night at Canterbury on Friday, leading from start to finish in the 2YO Maiden Handicap (1200m).

Tommy Berry controlled the tempo of the race giving his mount a great chance with Belitsa showing plenty of courage over the concluding stages to win by a quarter of a length.

The form around Belitsa has proven to be a strong reference, in late January Belitsa finished a close second to subsequent Pierro Plate runner-up All Cylinders, trained by Peter Robl.

“She tried very hard and showed good mental toughness doing it the hard way in front.

“That toughness will take her a long way, but she’s shown she’s got good ability here and we’ll see where that takes her.”

Belitsa was a $100,000 purchase from the 2018 Inglis Classic Sale on account of Ascot Park Stud and was purchased by leading syndicators Triple Crown Syndications.