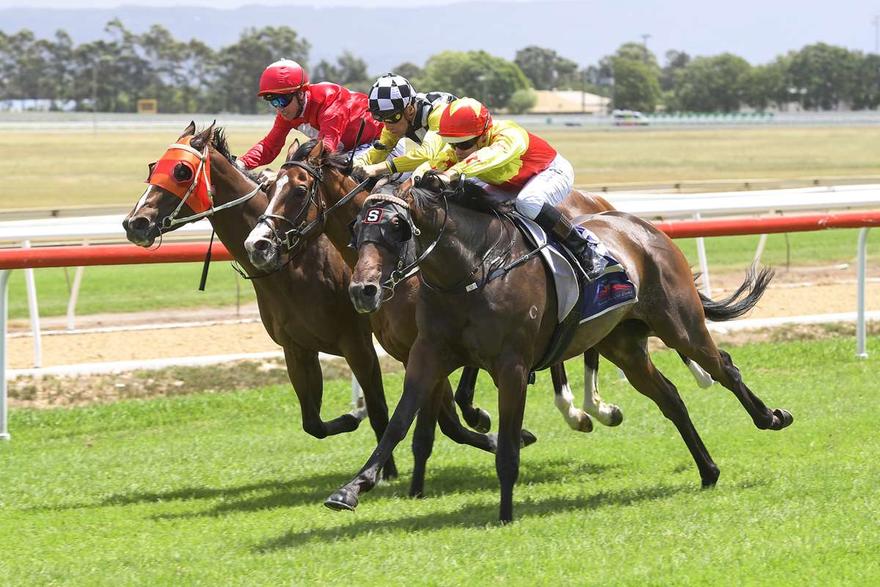 California Longbow proved too strong for his rivals at Hawkesbury yesterday with victory in the Colts and Geldings Maiden Handicap (1400m).

Having his first start this preparation, California Longbow was successful in his fifth career outing collecting $22,365 for connections.

Travis Wolfgram rode California Longbow in what appeared to be a difficult task soon after straightening, with the inclination to lay in behind runners.

However, it was swift change of the whip, from left to right hand, that saw California Longbow quickly sure up and career past his rivals.

The son of Peirro looks to have a nice future, with the potential to get over some more ground.