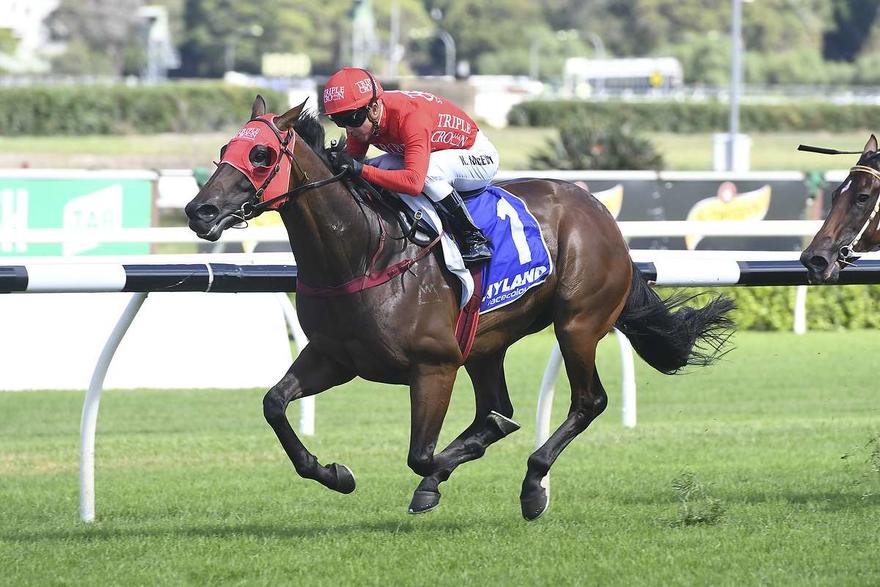 REDZEL tore away at the Canterbury trials on Monday morning in a blistering display of speed in Heat 4, where he defeated the Group 1 placed Godolphin charge Viridine by a four-length margin.

The dual Everest title holder and Champion Sprinter makes his return in Saturday week’s Group 2 Challenge Stakes, a race he won in track-record time in 2018 over the 1000m at Randwick.

This was the second of two trials for the two-time Group 1 winner, who will target victory in the prestigious Group 1 TJ Smith during an autumn preparation that will likely see him return in an attempt to reclaim his Group 1 Doomben 10,000 crown.

Peter Snowden was happy with where his star sprinter is at, with 11 days until the Challenge Stakes, and six weeks before the TJ Smith showdown.

“That was a good trial today,” said Snowden. “We just asked that bit more of him and he gave plenty.

WATCH HIS TRIAL BELOW!

“He was full of zest, he bounced and jumped well and travelled nicely within himself. Kerrin asked him for that effort and he stretched away so a very satisfactory piece of work.

“He’s in good order, I’m happy with where he’s at and he’ll be ready for two weeks’ time.”

“I was really pleased with that,” said the Melbourne Cup and Everest winning jockey. “He was very relaxed today but he got out and the further the trial went on the better he got.

“He switched on and felt very nice when just asked to quicken up today, doing his best work inside the last furlong. I’m really looking forward to getting on him again for the Challenge.”