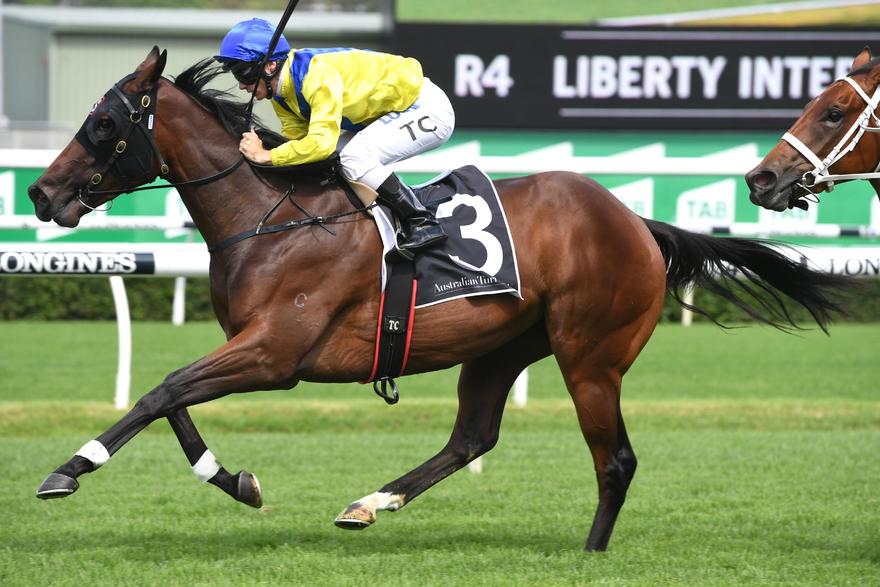 Anaheed has raced her way into the $3.5 million Golden Slipper with a tough victory in the Group Two Sweet Embrace Stakes at Randwick.

And trainers Peter and Paul Snowden are hoping a couple of her stablemates can join her by winning qualifying races in the coming weeks.

"There's a couple of nice tidy colts there. Obviously Rome missed today. He'll run in the Todman or down at Canberra in the Black Opal," Paul Snowden said.

"Strasbourg is here in the Todman and obviously Cosmic Force has just found one a bit better today.

"We just need a little bit of luck with the prize money, hopefully things can swing our way a bit and we can sneak a couple in."

A winner on debut in October, Anaheed had little luck when she resumed with a fifth in the Blue Diamond Preview at Caulfield on Australia Day.

She emerged from that race with a minor joint issue but the Snowdens gave her time to get over it and the filly showed the benefit on Saturday.

After racing on the speed, Anaheed quickly beat off leader Kiamichi and was strong to the line to score by three quarters of a length over Still Single with debutante Let It Pour another 1-1/4 lengths away.

Winning jockey Tim Clark said he had plenty of time for Anaheed and could see no reason why she would not measure up in next month's Golden Slipper.

"I liked her when I rode her here and won on her. She's a stronger filly now and I think she's got good improvement to come too," Clark said.

"She's two from two in Sydney; her only defeat, she was down on the inside among horses and she didn't look overly comfortable.

"She's definitely put her hand up and she handles all conditions.

Snowden said Anaheed was unlikely to race again before the Slipper but could be given a barrier trial to keep her ticking over.