Regally bred Sir Owen gets the monkey off his back! 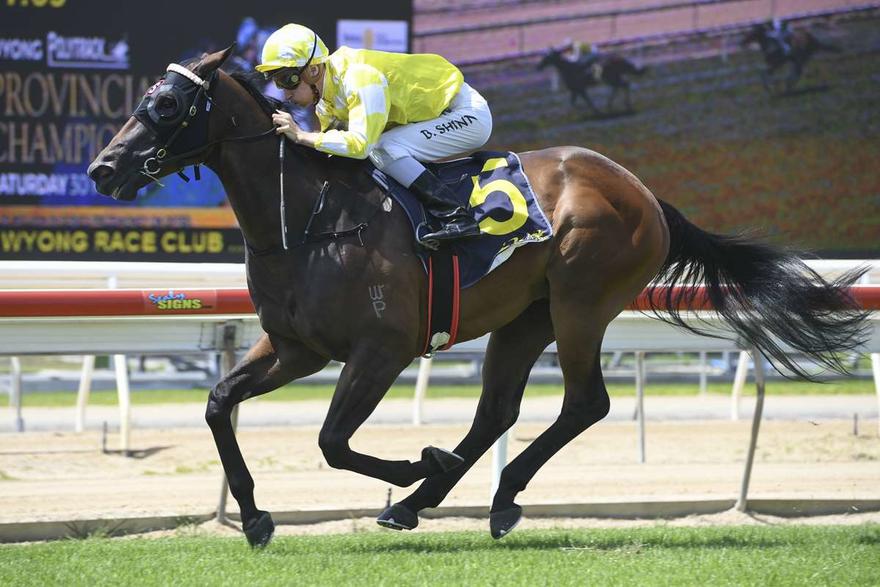 The Snowden camp are hoping their well-bred galloper Sir Owen can progress to higher grades after his impressive win in the 1200m Wyong Provincial Championships March 30 Maiden.

Perfectly ridden by Blake Shinn, the $2 race favourite pulled away in the final stages to score a two and a quarter length victory.

Shinn positioned the Fastnet Rock gelding just behind the leader and second favourite Jaytees ($4) until straightening, hitting the front around the 250m mark.

Sir Owen, who was coming off a second at Gosford last start, is owned and was named after prominent Kiwi Sir Owen Glenn, owner of the successful Go Bloodstock empire.

“It’s good to get a win for Sir Owen, particularly on one named after him,” Shinn said.

“We knew he had ability because he finished nicely behind a handy filly at Gosford the other day.

“He did a great job today and I think he is in store for better things.”

Colum McCullagh, Racing Manager for the Snowden’s, said hopefully Sir Owen could “go on with it” after claiming his maiden victory.

“It was a nice win for him. Blake gave him a lovely run just behind the speed and it was great to see him lit the line like he did,” McCullagh said.

“We always knew there was untapped ability there so hopefully now he can go on with it.”