Moss Trip kicks up for crack at Coolmore. 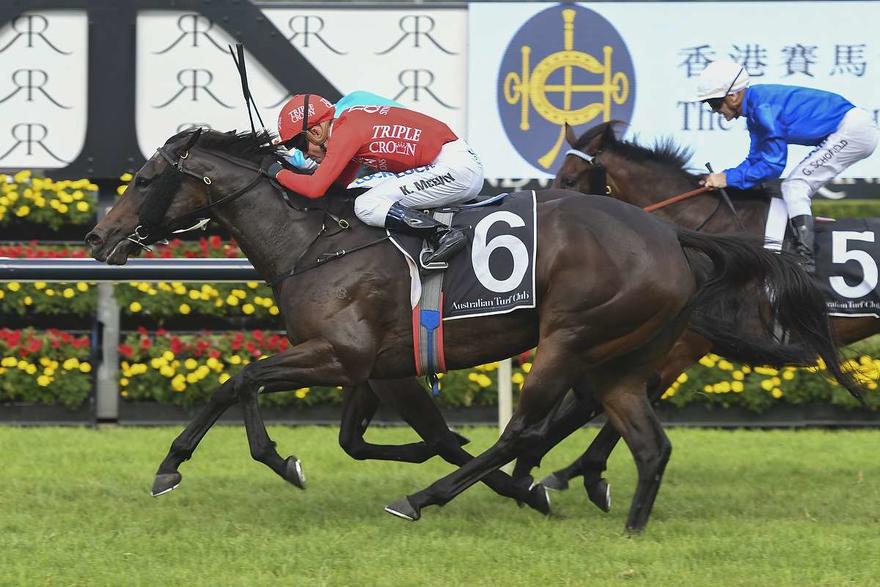 The Mossman four-year-old ran a super race behind White Moss last month in the Group 2 Millie Fox Stakes (1300m) and Peter Snowden and son Paul immediately decided to give her a crack at the highest level.

“It hasn’t been an ideal preparation,” Peter Snowden said. “She came back pretty late and I wasn’t keen to go to the Coolmore but I was so impressed with her run in the Millie Fox.

“To get to the Coolmore, though, I knew she needed a bit more work, so I gave her a nice solid trial (March 7) and she came on really well from that and it might be enough to get her to this race.”

Tommy Berry rides her for the first time in a race after trialling her last week over 1200m.

Moss Trip really came of age this time last year when she won the Inglis 3YO Guineas at Scone’s carnival.

Before that she ran a close fifth behind Shoals in the Group 1 Surround Stakes. She will have to be at her best to win on Saturday with a very strong, and likely capacity, field of mares taking part in a race that’s always tight.

“She’s such a tough filly and only has to carry 52kg so with that sort of weight on her back, she’s got a hope,” Snowden said. “She’s come back a lot stronger and the trip away last preparation really seasoned her so don’t be surprised to see her run well.

“It’s going to be a great race and she’s certainly not out of it.''