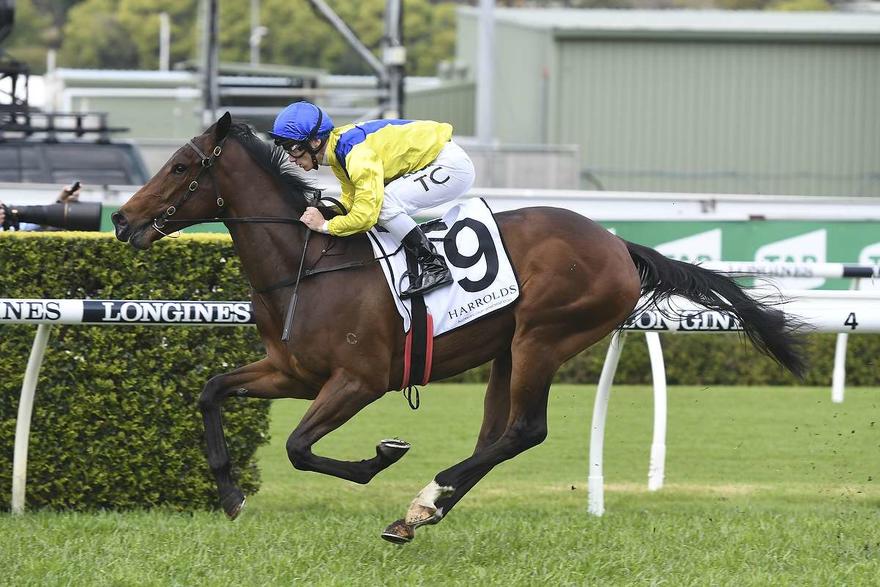 It’s the colt from the Snowden stable that holds centre stage in the ever-changing Golden Slipper picture but champion trainer Peter Snowden warns the fillies shouldn’t be underestimated.

While Snowden is rapt with how current favourite Cosmic Force has come through his Pago Pago win last weekend he’s quick to point to the fillies Anaheed and Catch Me as live chances.

“She worked on the course proper and it was a bog and she went through it like it was nothing.

“Catch Me has shown glimpses of absolute brilliance in the past. She has to stretch it to 1200m but there's no reason why she won't off a hot speed.’’

If you think the $3.5m Longines Golden Slipper Stakes (1200m) is confusing consider Anaheed, winner of the Sweet Embrace before a close fourth in the Reisling, is a $26 chance while Gimcrack Stakes winner Catch Me is $51 with TAB.

If there’s recency bias with Cosmic Force’s elevation to a $5 on the back of his seven length win last Saturday and drawing barrier two perhaps the fillies are over the odds.

Snowden said Anaheed was ridden a little upside down in the Reisling and pointed to a switch back to having her closer to the pace.

“We tried to ride her back behind the speed to see how she'd react and it probably backfired a bit,’’ Snowden said.

“We won't be so negative this Saturday, we'll ride her up on the speed knowing she can handle the wet and run a strong 1200m.’’

Catch Me is a different case altogether.

She looked brilliant winning on debut and first-up in the Blue Diamond Preview but the wheels fell right off with failures in the Prelude and the Diamond.

Snowden said he’s not giving her a shot at the Slipper for the sake of it, she pleased him since returning to Sydney and she did what he wanted to see in her trial win last week.

“She got a little bit keen but from the 300m when she got to the outside all she did was accelerate,’’ he said.

“Even though it is a wet track they won't be dawdling, the quicker they go early the better it will suit her.’’

Both of Snowden’s Golden Slipper wins have been with colts – Sepoy in 2011 and Capitalist, in partnership with son Paul, in 2016.

Cosmic Force is a horse that Snowden says has been improving behind the scenes and while the margin of his Pago Pago win was some surprise the ease of the win wasn’t.

“That might have been flattered by the opposition on the day but it wasn't a ridden out seven lengths,’’ he said.

Catch Me wins a Randwick trial on March 14

“The ease of the win was the most impressive thing about it. It's only a matter of him backing up and producing that again.’’

Snowden said all indications are that Cosmic Force has come through his win on a heavy 10 in fine style.

“The horse is in really good order and for mine he hasn't peaked,’’ he said.

“He's very laid back, he wants to please you all the time and he's racing better every time he steps out.

“I'm confident there's still one more good one left in him.’’