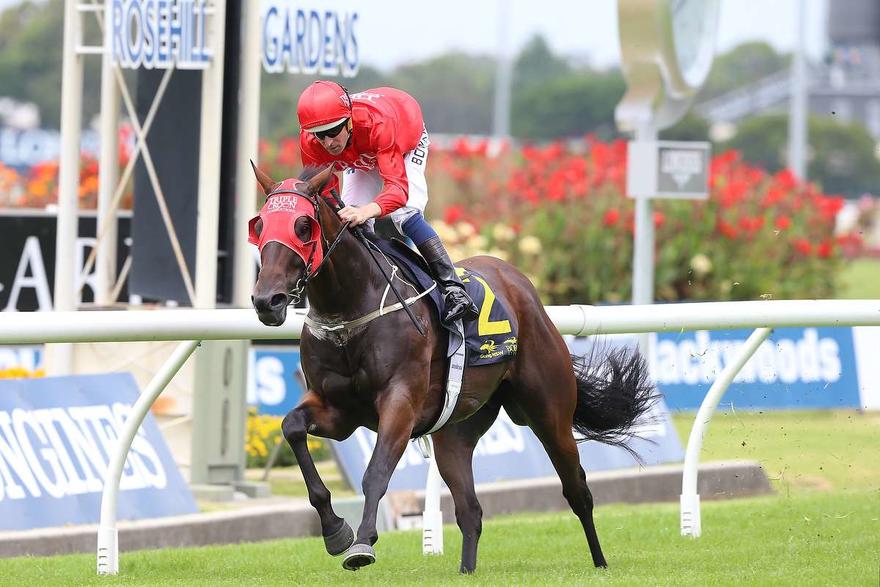 Peter Snowden can see so many positives in giving Redzel his chance to set a weight carrying record in the Group 1 $700,000 Ooh!Media Galaxy (1100m) at Rosehill on Saturday.

The task at hand on Saturday with 59.5kg is no small one and they could have easily taken the soft option of heading to Melbourne and racing at weight-for-age but the trainer says a win is well within the dual Everest winner’s powers.

“There are too many things going for him,’’ Snowden said.

“You don't worry about a wet track, the 59.5kg he's carried every start for the last two years. The spread of weights is a bit of a concern.

“He's not a bad traveller but it is 22 hours you don't need to do when there is a race at home.’’

Redzel will be conceding between 3.5kg and 9.5kg to his rivals in Sydney’s feature handicap sprint race.

Two years ago Redzel, with 54.5kg, was touched out by stablemate Russian Revolution in The Galaxy and hasn’t raced at Rosehill since then.

Snowden has been vocal about his desire for revenge in the Group 1 $2.5m Darley TJ Smith Stakes (1200m) with Redzel after his defeat at the hands of Trapeze Artist a year ago.

“If he can beat these horses with that weight on Saturday it makes him very hard to beat in two weeks time,’’ Snowden said.

“We want him to win here and he will run very well. But the TJ is the one we are after big time.’’

Redzel was gallant in defeat first-up in the Challenge Stakes (1000m) but under the handicap conditions will meet Ball Of Muscle 3.5kg worse for a nose defeat.

The six-year-old ran his last 600m in 32.21 at Randwick (Punter’s Intelligence) and Snowden said there were excuses for his defeat but there’s no doubt he’s come back in great shape.

“He's done really well since and his work on Tuesday morning was terrific,’’ he said.

“I thought his first-up run was great, the only thing that beat him was that bump on the corner.

“He lost a shoe about 300m from the post too, those little things affect them. But I don't want to take anything away from the winner, good on him he's a tough horse.’’

Jockey Kerrin McEvoy echoed Snowden’s sentiments about Redzel’s work during the week and from a favourable barrier he’s more than capable of giving the race a shake.

“He has that weight on his back for a reason, his prep’s all geared around the TJ but this will be a great one to win along the way,’’ he said.