Catch Me out to bounce back in Slipper 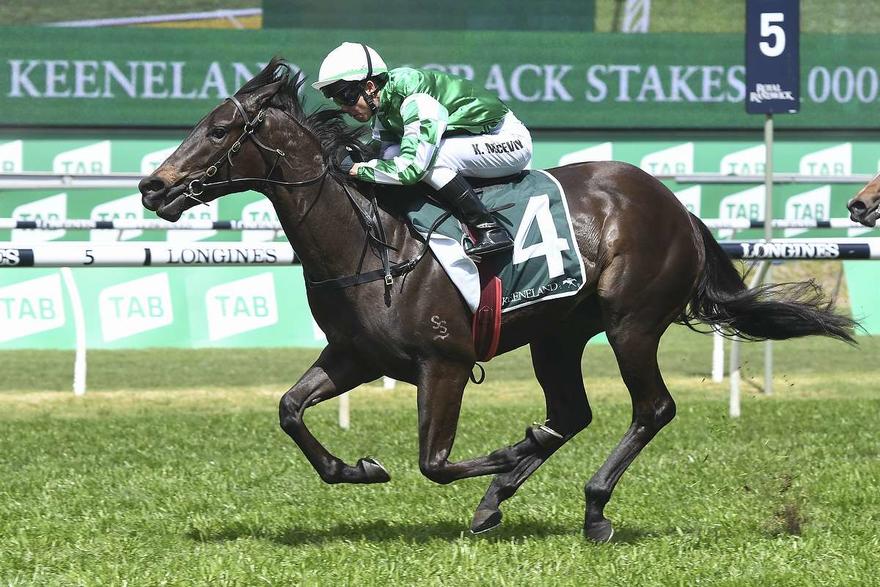 With two Golden Slippers and three Blue Diamonds to his name as a trainer, Peter Snowden has often got it right when it comes to the big days with his quality juveniles.

But Snowden admits he got it wrong with Catch Me in last month's Group One Blue Diamond at Caulfield.

Catch Me was one of the early season stars in the juvenile ranks with a dominant win in the Gimcrack Stakes, Sydney's first race of the season for two-year-olds last September before returning from a spell to win the Blue Diamond Preview for fillies in late January in Melbourne.

Catch Me then turned in a disappointing run when 10th as favourite in the Blue Diamond Prelude prompting Snowden, who trains in partnership with his son Paul, to put blinkers on her for the $1.5 million Blue Diamond (1200m) on February 23.

"I did the wrong thing putting the blinkers on her," Snowden said.

"I just thought it was a matter of her just being field shy. She is a little bit quirky, she's got a quiet nature but as two-year-olds are they're still learning what it's all about and I tried to force the issue come Blue Diamond day and put blinkers on her. It just backfired big time.

"She over-raced badly and it really buzzed her up, even for a week later it took her a long time to settle."

The Snowdens have pressed on to the Golden Slipper at Rosehill with Catch Me who will not wear the blinkers.

Her stablemate Cosmic Force, who won last Saturday's Pago Pago Stakes on heavy ground by more than seven lengths, is the favourite while stablemate Anaheed has legitimate claims having won the Sweet Embrace Stakes and been proven on wet ground.

Snowden committed to also running Catch Me in the Slipper once she won a Randwick barrier trial last week.

"I was in two minds what to do with her. I brought her back to Sydney and just put her back in her old stable with the same routine as what we were doing before," Snowden said.

"I've seen gradual improvement from day to day with her and that trial last Thursday was just the box I wanted to get ticked and she did that quite well."

While he would be happy for any of his runners to win on Saturday, Snowden rated Cosmic Force as the horse hitting form at the right time.

"You can't take away what we saw last Saturday," he said.

"If we can get that horse (Cosmic Force) to do a similar sort of thing this Saturday it's going to bring him in with a great chance."