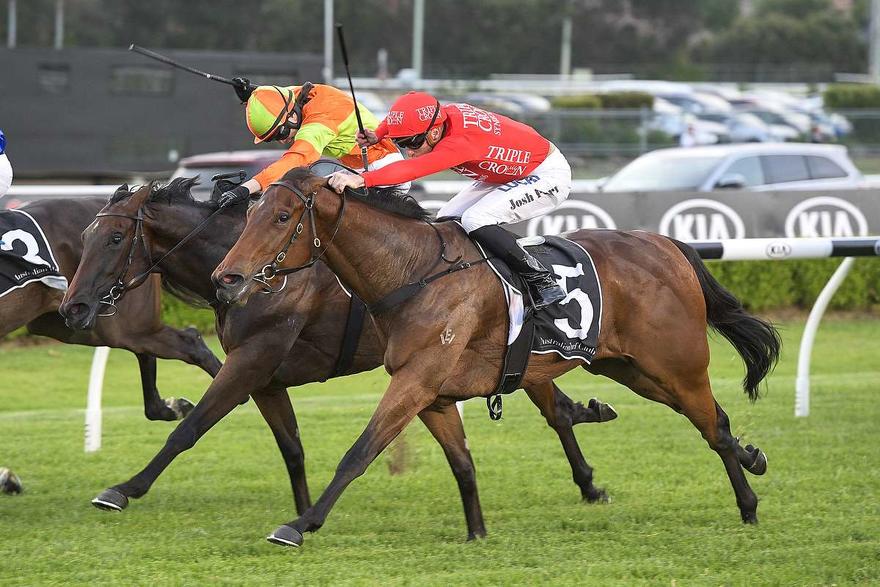 There’s no doubt in co-trainer Paul Snowden’s mind that stablemates Nicco Lad and Reelem In Ruby can progress through the grades but concedes it’s not ideal to have them clashing at Warwick Farm on Wednesday.

Both are three-year-olds that have shown promise so the obvious question is how does he split them in the Events By ATC Handicap (1200m)?

“One’s had one run back, one hasn’t - the little 10-per centers come into play, luck in running is going play a major role,’’ Snowden said.

“The distance suited us with Nicco Lad, he was desperately unlucky not to win first-up but to see the horse relax as well as he did was the main thing we took out of the race.’’

Interestingly, the TAB market has Reelem In Ruby a $2.40 favourite while Nicco Lad is second elect at $5.50.

Nicco Lad was dual accepted for a 1400m race at Warwick Farm but Snowden elected to keep him at the shorter trip for now while Reelem In Ruby has been marking time for her first-up run after missing last week’s Gosford meeting.

As Snowden alluded, Nicco Lad has the benefit of one run back and he wasn’t afforded clear running for much of the home straight.

The gelding is settling better in his races and Snowden believes if he continues to do that he’ll take faster steps up.

“He’s a progressive horse, we certainly haven’t got to the end of him yet,’’ he said.

“(Not settling) is what bought him undone last preparation a couple of times, the horse is still learning.

“He has Saturday class written all over him but how his race manners progress will determine how far he goes.

Reelem In Ruby has only had three starts to her name compared to Nicco Lad’s eight so there’s plenty of upside to her and Snowden suspects she will make it to stakes company perhaps even second-up at the Scone carnival.

She split Zousain and Shoals in her public trial at the end of March illustrating that she’s come back in good shape.

“She’s a real little trier and it’s a nice race to kick her off,’’ he said.

“She was in last week at Gosford but it's a tight track, she’s a reasonably sized filly, and we thought she needs a bit of room.

“Trials and races are two different things but she is a filly who hopefully can progress through the grades.’’

Snowden warned not to underestimate Level Eight when he runs in the Australian Turf Club Handicap (1400m), the race Nicco Lad was scratched from, despite his poor strike rate.

The gelding, whose owner/breeder David Fuller passed away in February, has won three from 32 but has been placed another 17 times including a second to promising three-year-old Classique Legend at his first run back.

“Forget his run at Hawkesbury, the horse is going terrific,’’ Snowden said.

“A little time between runs is no drama, he’s going as well as he ever has he just hasn’t been afforded his chance on race day.

“He’s quite honest, a bit of a stable favourite and we’d want him to salute for the family.’’