Tough day at Randwick but we've got a decent team 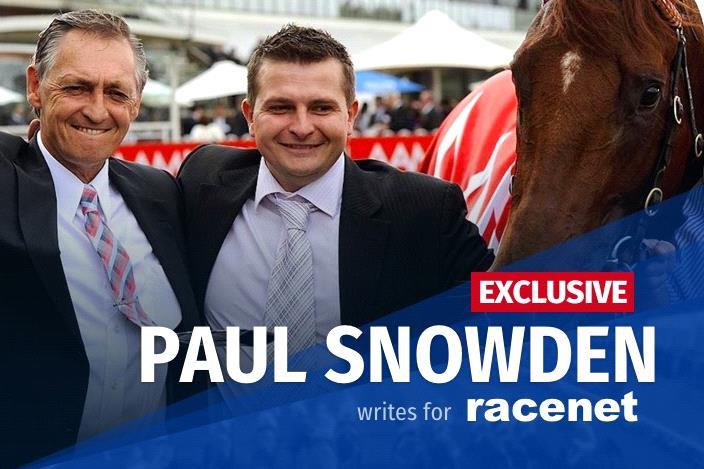 We take a decent team to Randwick on Saturday and I’m expecting we’ll be competitive in most races however there doesn’t appear to be a real standout although we do have plenty of reasonable chances.

If I was to pinpoint our best, I’d say it would probably be Carif in the Frank Packer Plate. He stepped up to stakes level last start and handled the rise in class extremely well and this is his target race.

I thought his effort when fourth in the Tulloch Stakes was full of merit and the first two home did run first and second in the (Australian) Derby a week later.

The Tulloch was run on a heavy (10) track and I’ve no doubt he’s better on top of the ground, he should go close.

In the second race we have two runners in Maximus and the imported galloper Murillo.

Maximus is a bull and his form has been up and down a bit but on his day he’s certainly good enough to be competitive in this race.

Last start he copped a heavy check at the start on a day where it was difficult to make ground but back on top of the ground it would be no surprise to see him bounce back.

Murillo is a really interesting runner for us.

I really liked the way he trialled at Randwick on Monday, we asked him to do a bit and he really dug in late after being challenged.

It’s obviously hard to get a measuring stick on him but his form in England and Ireland was certainly good enough as a young horse, but he hasn’t raced for nearly a year however he’s certainly very well in himself.

We’ve got four runners in the James Carr and the way the track is playing will be a major factor in their chances.

Fiera Vista and Jen Rules will be the two which go forward while Eawase and She’s Furline will be out the back, so I’d like to see how the track is playing before I’d be putting one on top of the others.

In the PJ Bell at Randwick a fortnight back three of the four went around with Jen Rules missing a run as an emergency. She went to Kembla Grange on the same day and, with blinkers on for the first time she was able to get the job done but this is much harder.

Fiera Vista had a terribly tough run in the PJ Bell so it was no surprise to see her drop out in the straight however she’s better than that and I expect her to improve significantly with a better run.

She’s Furline was the best of our finishers in the race coming in fifth and I thought her run was outstanding and the better surface on Saturday will be a big plus for her.

Eawase is another who will be better on top of the ground. She can definitely turn it around and if there’s a bit of tempo look out for her late.

All four are chances in the race and luck in running plus the tempo will be the determining factor as to which order they come home in.

We’ve got Emperor’s Way in the JRA Plate and he’s not without a chance at decent odds. He’s going very well without winning but he gets a few things his way on Saturday.

He never had the best of luck in the straight last time at Caulfield and the dry track is in his favour, but the one thing that really helps his cause is drawing the inside barrier and he loves Randwick where he has won three races from five starts there.

From that good gate he’ll be able to jump straight into the bridle, take up a position and hopefully he’ll get a cushy run behind the speed.

Dothraki represents the stable in the Hall Mark along with Brave Song and while it’s a pretty hot race they are both in with chances.

Despite being eight-years-old Dothraki is racing in career best form, he packs his bags and bobs up everywhere and he often gets into the money when you least expect it. He can do that again here.

Damian Lane gets on very well with the old bloke having won at Flemington last spring and he was also aboard when he ran fourth to Sunlight in the William Reid last start.

Brave Song finally gets to the races after a few false starts due to wet tracks and a bad barrier when we accepted with him in Melbourne a few weeks back.

He trialled really well about five weeks back and has been kept up to the mark with another trial when fourth behind Home Of The Brave last week.

It’s time to get him to the races as he’s been ready for a while now, he has outstanding fresh form, the drier track is a big plus for him and the wide draw is probably not going to be that bad as he’ll go back anyway. Like Dothraki he’s a chance.

Our final runner for the day will be Snippets Land in the last and the same as Emperor’s Way he was another we had to send to Melbourne to find a dry track, he too never had the best of luck at Caulfield.

Prior to that he won the National Sprint at Canberra and from the nice draw I expect he’ll make his presence felt.

As I said we have a solid team going to Randwick and I’m expecting we’ll be prominent so fingers crossed we can land a winner or two, as no doubt if we do, they are going to be decent odds.