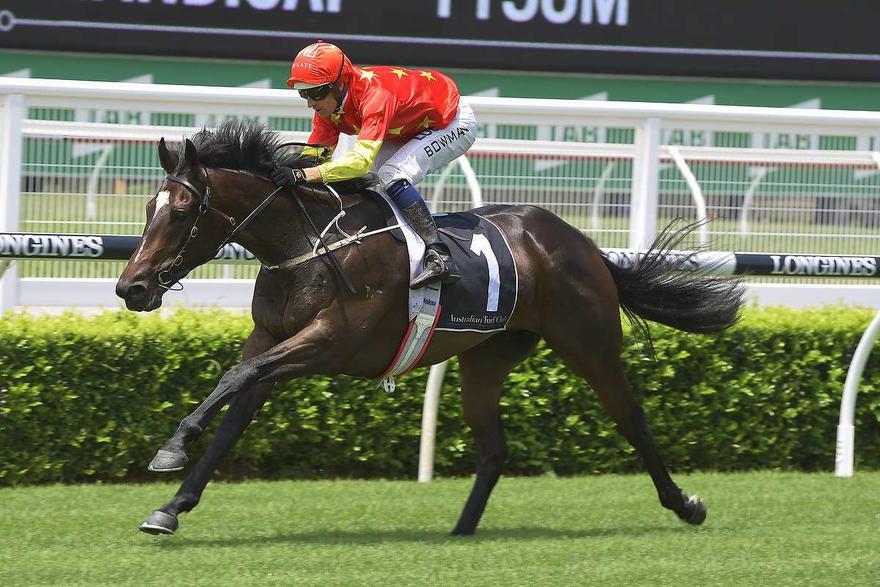 Hightail boasts the best credentials for Saturday's inaugural $1 million Ladbrokes Showdown at Caulfield but that advantage has been all but lost after the juvenile again drew the horror barrier of 17.

That day, he could not get in closer than five wide the trip in what was an awful watch for connections that include Newgate Farm, Woodside Park and the China Horse Club, along with trainers Peter and Paul Snowden.

On Saturday, he came up with gate 17 in the field of 16 plus four emergencies and could come into gate 14 of 16 if the emergencies do not gain a start.

"Totally forgive he ran the other day," Snowden said on Wednesday. "It was just something to forget and put behind you.

"I think with half a decent gate, he'd definitely be right in the race on Saturday.

"He's still got a chance as he worked brilliantly on Tuesday, so the horse is still going well but he needs something to happen for him out there."

Hightail was sold at the Magic MIllions last year for $520,000 but is eligible to run in The Showdown because he is by Victoria's premier stallion Written Tycoon, who stands at Woodside Park Stud for a fee of $110,000.

Snowden said The Showdown loomed as a most suitable event for the only horse in the field to have won two races and to have the experience of racing in Queensland, NSW and Victoria.

"Ten years ago, I would have thrown myself on the ground with that draw, but not these days," Snowden said.

"There's nothing I can do about it. We've got to just try and get cover somewhere. You never know, sometimes you get a bit of luck, but you really need it from out there.

"You can make your own luck from (barrier) one to eight but outside of that, you rely on something happening for you."

Jockey Chris Symons has been given the task of overcoming the wide draw on Hightail.

Racing Victoria stewards on Wednesday began pre-race inspections of all 20 Showdown hopefuls, with the Leon and Troy Corstens-trained pair Heka Express and Free Thrills to each undergo a second examination on Friday after both were found to be lame in their near forelegs.