Military's In The Right Zone For Guineas Test 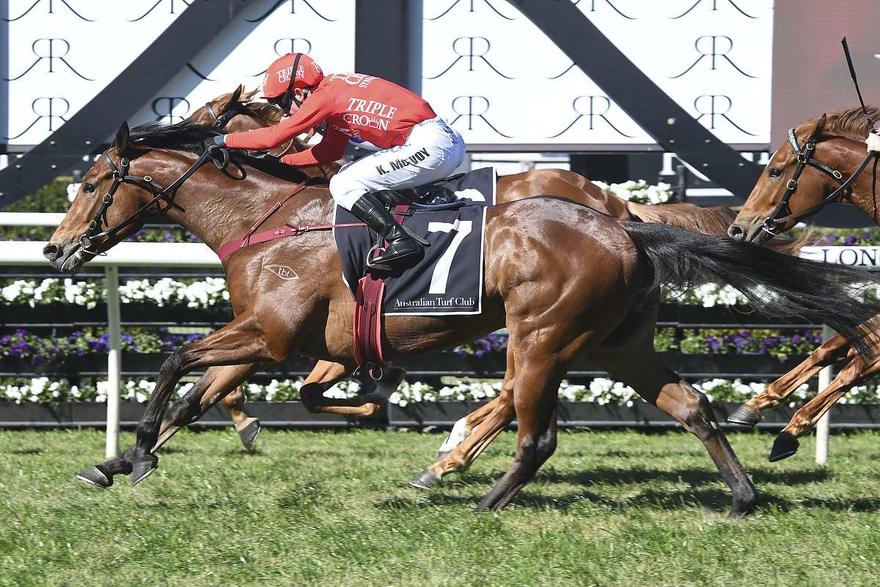 Military Zone has been treated with kid gloves in his short career to date but co-trainer Paul Snowden is looking forward to seeing what he can do now he steps out to 1400m for the first time at Hawkesbury on Saturday.

The three-year-old is already a stakes winner, of the Gosford Guineas in December, and despite a first-up defeat Snowden said he’s ready to test his ability in the Group 3 $200,000 Blacktown Workers Hawkesbury Guineas (1400m).

“He didn't used to relax so well and that's why he is ridden further back than normal to try and get him to switch off.

“At 1400m it's a completely different ball game, we just want to get a nice run in midfield and he should be fine. This is his stiffest test to date, he's meeting quality horses, it's not the benchmarks and coming through the grades.’’

The first-up sixth at Gosford, as a $1.80 favourite, was both disappointing (by result) and encouraging (by performance) for connections of Military Zone.

Obviously you always like to win but it became apparent to Snowden as the meeting progressed that life was going to be hard for the gelding with the way he had to be ridden from a wide gate.

“Backmarkers couldn't win on the day, he was in an impossible position and he ran as well as he could,’’ Snowden said.

“We had to run somewhere to get him here, we were washed out a couple of times with wet tracks.

Punter’s Intelligence data from his Gosford run underlines why the Snowdens were happy with his effort.

It's also worth noting he has an unbeaten second-up record, including that Gosford Guineas.

While Military Zone is number one seed, Snowden warned stablemate Eawase’s latest effort, seventh in last Saturday’s Group 3 Carr Stakes at Randwick, was a sign she’s back in form.

“She wasn't afforded an opportunity, but it was getting back on top of the ground that turned her first-up performance around.’’

Co-trainer Peter Snowden won successive Hawkesbury Guineas in 2012 (Free Wheeling) and 2013 (Limes). Military Zone is $4 with TAB while Eawase was rated $16 on Friday.

“Signore Fox is in his right grade, I thought his run was good the other day. He's a top of the ground horse and that's vital for his chances,’’ he said.

“Spending To Win is going terrific, this is his right race. Creator has blinkers on which I think is a big plus for him.’’