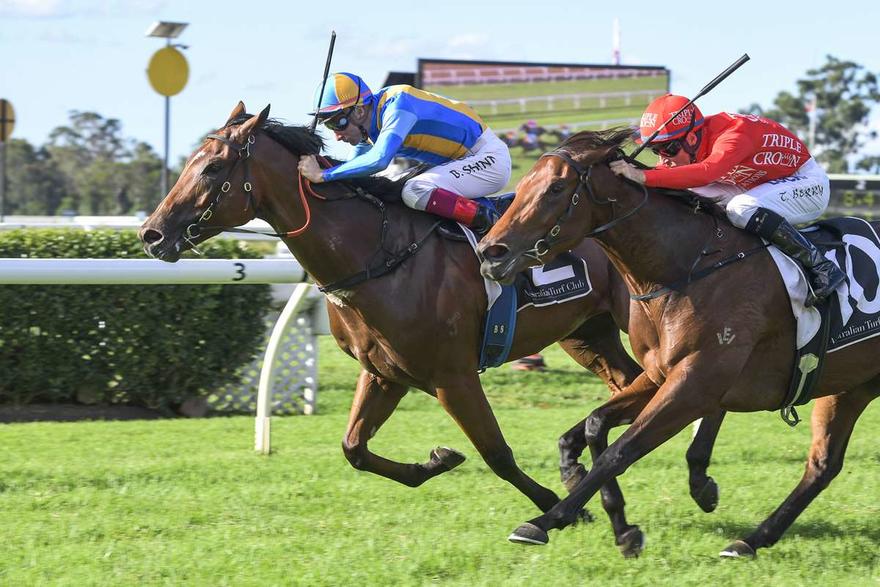 Whether it was the barrier, the tempo or the head start that beat promising filly Reelem In Ruby first-up, co-trainer Peter Snowden says some of those factors can be taken out of the equation as she seeks atonement at Warwick Farm on Wednesday.

Reelem In Ruby was narrowly beaten when resuming two weeks ago after drifting back to last in a bunched field but Snowden is leaving the possibility open for a different scenario in the ANZ Bloodstock News Handicap (1300m).

The filly drew seven in the eight-horse field but against that it is a straight run to the turn.

“We could be a little bit closer,’’ Snowden said. “The other day there was a bit of speed but they dropped anchor, that always makes it hard when you give them a start. She does have some gate speed so we won’t let her get too far back, keep them in our sights and not make the job so big. It would have been good to draw a bit better but we won’t use that as an excuse, if she is good enough she will pick them up.’’

The Snowden stable is playing the long game with the three-year-old and it’s not likely she will be rushed north if she is successful.

There’s another race in Sydney in a couple of weeks for the filly and it’s that race that will decide where its immediate future is.

“We want to take her through her classes just for the moment,’’ Snowden said. “She’s a talented filly, she’s still a bit light and a bit immature and that’s why we don’t want to give her too many runs this prep. She’s definitely worthwhile hanging onto.’’

Reelem In Ruby is one of three favourites from the Snowden stable at Warwick Farm – fellow three-year-old Carif carries punters’ hopes in the TAB Rewards Handicap (2110m) and recently gelded Tchaikovsky is favourite in the Australian Turf Club Handicap (1200m).