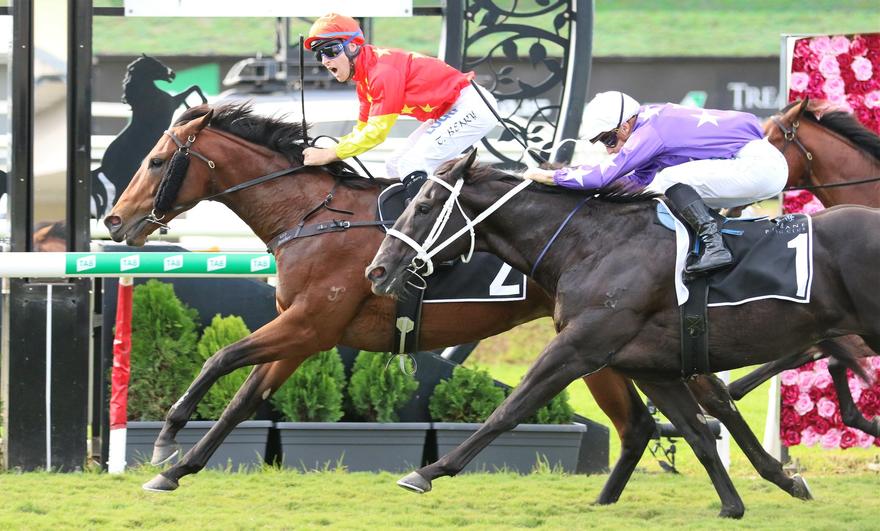 Strasbourg is likely to be installed as a late entry to the Group 1 J.J. Atkins after relishing the good tempo to win the Group 2 BRC Sires Produce Stakes at Eagle Farm.

The $750,000 Easter Sales purchase has long been held in high regard by trainers Peter and Paul Snowden, but hadn’t been able to add to his debut Newcastle maiden win in five subsequent starts until Saturday.

Peter Snowden, who has now won the race twice with son Paul and another on his own with Fravashi in 2008, said he felt Strasbourg was most unlucky in the Champagne Classic this month and the style of the win is likely to be enough to pay a late entry fee into the Atkins.

“It’s been the making of him,” Snowden said of the trip to Queensland before claiming he will wait until Wednesday before deciding if he will pay a $3500 late entry fee into the J.J. Atkins.

“I quite like the horse, I’ve liked him for a long time, but he’s lacked that finish in his races.

“As long as he pulls up well we’ve got that option (late entry) up our sleeve.

“He’s a lovely quiet-natured horse who just keeps getting better, which is a good sign.”

Snowden said he had concerns when Tommy Berry peeled around runners to be the widest horse on the corner, but it proved a good move in the end. 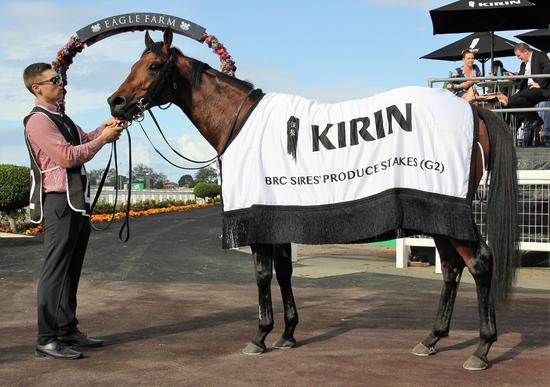 “He took the bad luck out of it and kept the momentum going as it turned out he made his own luck,” he said.

Berry said he was very deliberate in why he made the wider move on the turn.

“The only reason why I did it was because I could see James (McDonald) on the favourite (Accession) was in a pocket and I just thought if I could make the run before he does, that was probably our best chance,” he said.

“We weren’t as close as we expected to be in the run.

“There didn’t look a lot of speed on paper, so I guess that’s why there was a few more horses that pressed forward.

“It set up really well for him.

“He relaxed great, switched off and I was very happy with the way he found the line.

“I think you have to (go to the Atkins). It was a good enough win today and I will be happy to be on him if I am.”