Another possible California Dream this Spring? 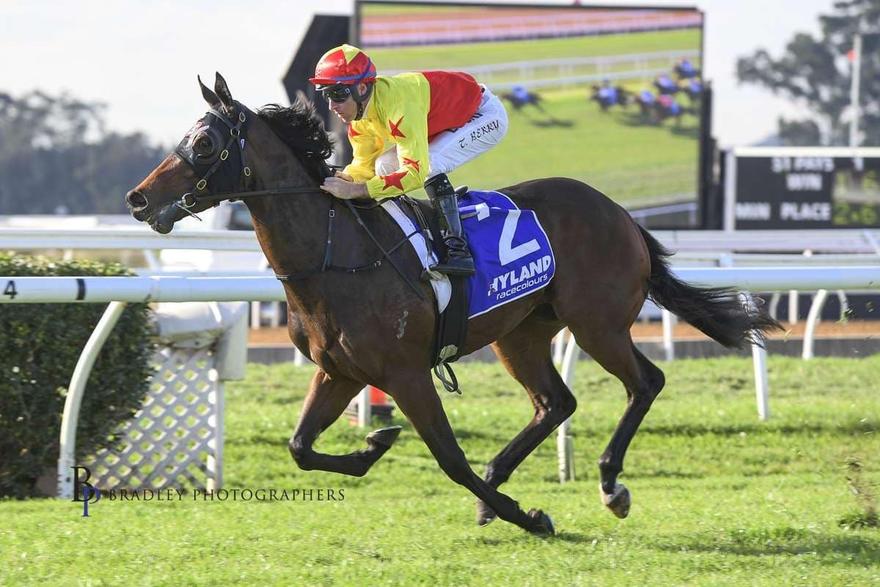 It was an exciting 35 minutes for Segenhoe Stud at Warwick Farm on Wednesday with both two-year-old winners including our own California Salto (Fastnet Rock) consigned by the leading thoroughbred nursery.

Settled back midfield over the 1200m by Tommy Berry, California Salto was given a shake-up before the turn. The daughter of Fastnet Rock was gifted a run through the field and given a couple of backhanders by Berry she careered away to defeat Mini Boom by three lengths with Vinaigrette a further one and three-quarter lengths back in third.

“A bit of ability was shown here and it was an impressive result,” said co-trainer Paul Snowden.

Trained by Peter and Paul Snowden, California Salto finished a troubled sixth when making her career debut at Kembla Grange back on May 11 before finishing second to Minted at Warwick Farm at her most recent start.

Bred by John Camilleri's Fairways Stud, California Salto (pictured as a yearling ) was consigned by Segenhoe to the 2018 Inglis Australian Easter Yearling Sale where she was knocked down to Asian Bloodstock Services, on behalf of Howard Liang, for $800,000.

She is the first foal of the High Chaparral (IRE) mare Comaneci who was herself consigned by Segenhoe to the 2016 Inglis Australian Broodmare Sale when carrying California Salto.

She was purchased by James Harron Bloodstock for $780,000.

The winner of a Kyneton maiden in a 7-start career, Comaneci is a half-sister to 5-time Group 1 winner Elvstroem and triple Group 1 winner Haradasun as well as the Group 1 SAJC Australasian Oaks runner-up Hveger who is the dam of Highland Reel, Idaho and Cape Of Good Hope and the Group 1 VRC Oaks and Group 1 Vinery Stud Stakes runner-up Valdemoro.

After missing to Fastnet Rock in 2017, Comaneci was covered by the Coolmore champion again last spring.