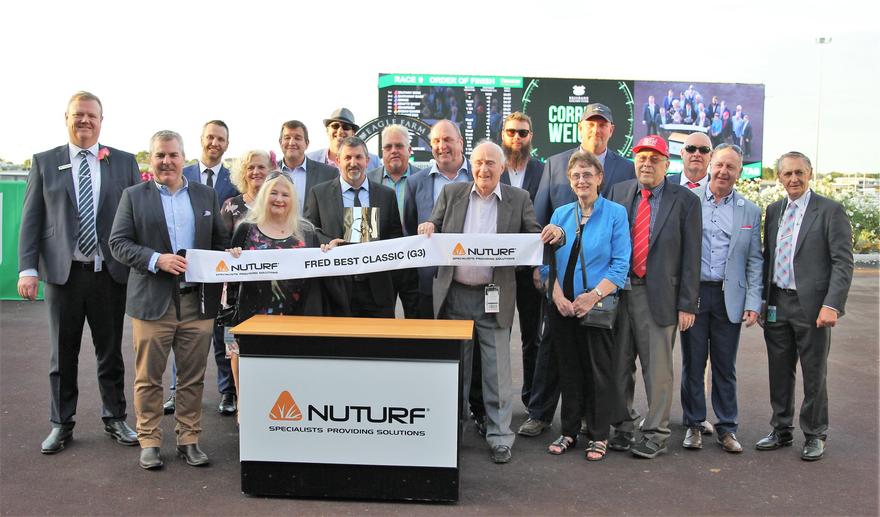 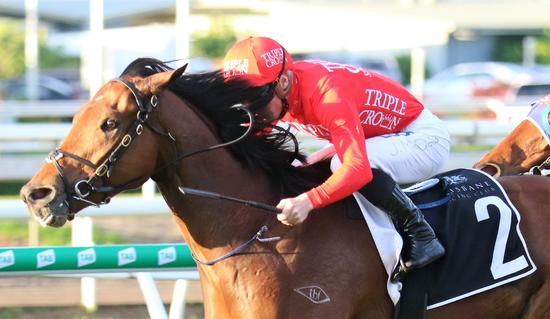 “He is a really nice horse and I have always liked this bloke. He is getting better with racing but I reckon he is still another prep away, a Spring, Autumn horse, not so much now, but it is hard to ignore what he did there today. He is a very progressive horse, he has a great turn of foot, he is easy to ride and I think he has a nice future.” 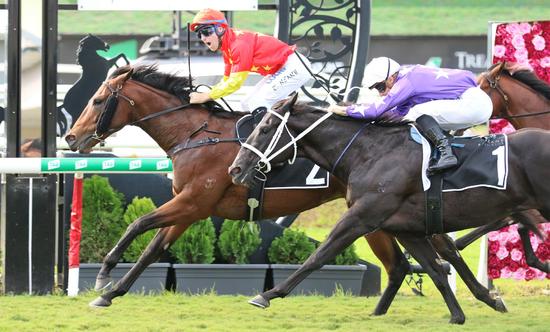 “It’s been the making of him. I quite like the horse, I’ve liked him for a long time, but he’s lacked that finish in his races. His last two starts now he’s really attacked the line well. He’s a lovely quiet-natured horse who just keeps getting better, which is a good sign.”

Snowden said he had concerns when Tommy Berry peeled around runners to be the widest horse on the corner, but it proved a good move in the end. 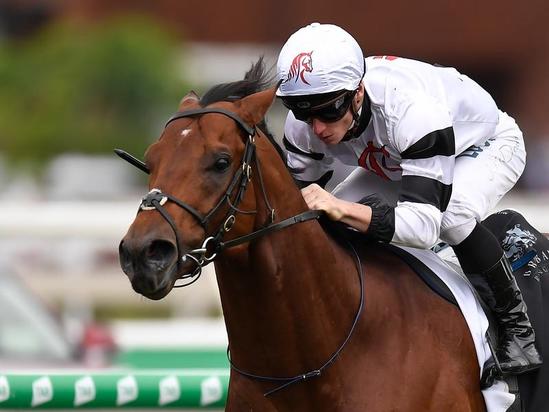 Three year old son of Exceed & Excel, Signore Fox, finally got everything to order which allowed him to show his best form in the Listed Daybreak Lover (1200m) at Eagle Farm.

"A few things have gone against him but not today. He had the right conditions today ... his best distance is 1200m and he likes dry tracks. His run in the Fred Best was good considering he doesn't run out a strong 1400m and this race was the obvious way to go and not the Guineas which was also on today. He put them away very quickly when James asked him to go. He can now go for a break and then come back for some of the black type sprints." 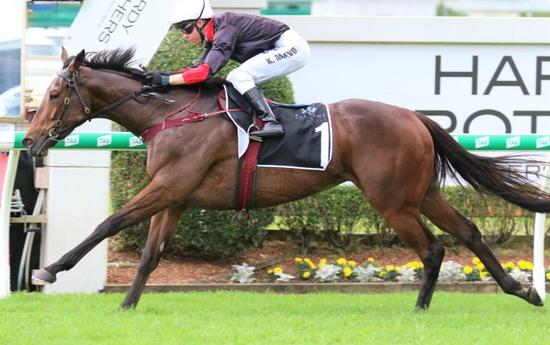 Quilista strolled all the way to the line in an emphatic front running performance to take out the Listed Bright Shadow Quality (1200m) at Doomben.

“It’s always been the plan to sell her when we got her from Justin and that’s probably the route we’ll take but hopefully there’s time for another run in between. We’ll see what happens and talk to him and see where her future lies. She’s been great to Justin as a multiple Group Two winner and she’s still racing at a good level."

Quilista went on to fetch a whopping $950,000 in the sales ring at the Gold Coast Magic Millions Broodmare Sale. 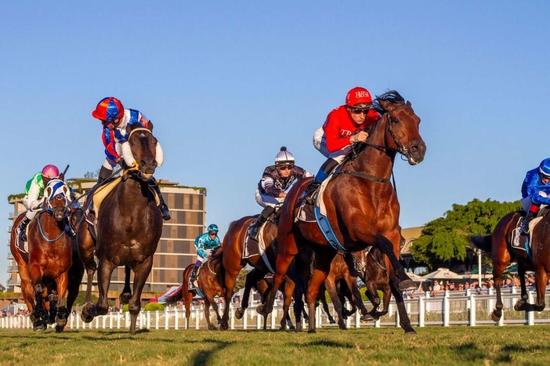 The Triple Crown colours were again carried to victory at Eagle Farm by the talented
Brave Song, who ended a frustrating run of three consecutive second placing in stakes races with a well-deserved victory in the Group 3 BRC WJ Healy Stakes (1200m).

"He's a very talented horse and put the writing on the wall this prep with runs behind Trekking and he deserved that win today. He got a lot of crowding from outside runners early and I ended up further back than I would've liked but I had confidence in his sprint so I let him relax and the gaps came when I needed. It was a sensational win."

A $67,500 Inglis Classic purchase from the Yarraman Park draft, Brave Song has won six of 18 starts earning over $530,000 in prizemoney and will be winning plenty more of these types of races. 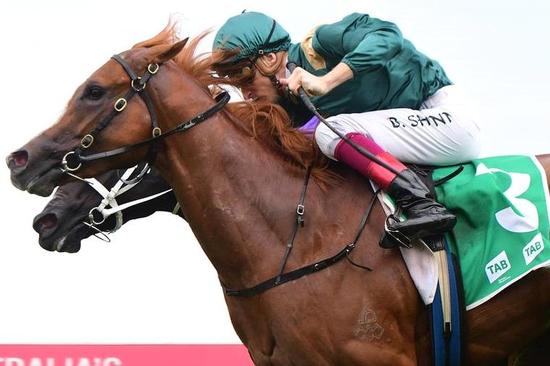 It came down to a photo finish, but the Snowden trained Stronger proved too good at the Gold Coast winning the Group 3 Ken Russell Memorial Classic (1200m) in thrilling fashion.

“Obviously handling the wet conditions today was key, but I thought it turned out lovely, we always wanted to follow that horse (Accession) and have last dibs at him and it worked out good. That was another tick in the box, to his credit though he’s had a good time between drinks and hasn’t had too much work in between, just didn’t want him to go too aggressive, which he can do when you line him up early. But obviously we’re in Queensland and the pace and the races are quite stronger, we had no worries about getting back and settling, just getting to the right part of the track is the key today."