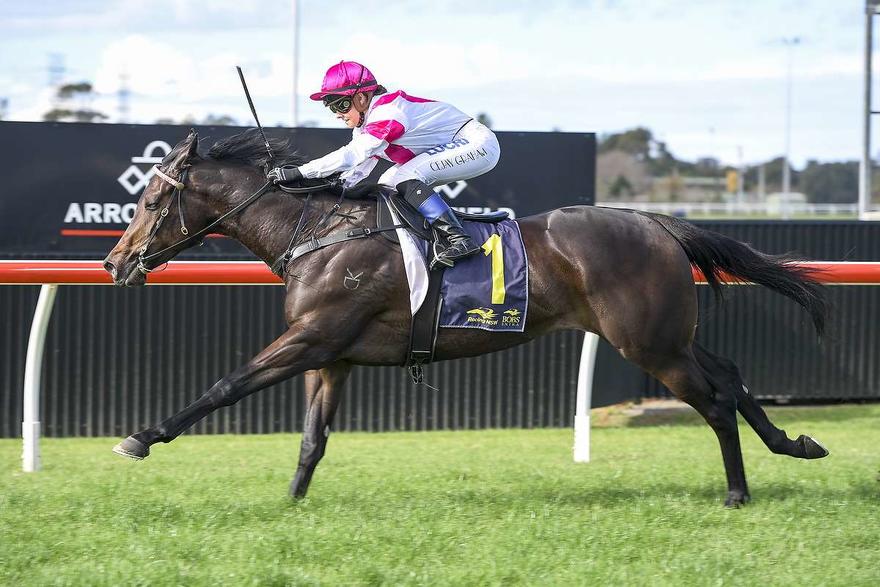 If blood lines count for anything in horse racing, the latest member to join Snowden Racing could be anything. The daughter of successful North Coast based jockey, Peter Graham, 2017/18 Country Apprentice Title winner Cejay Graham has joined up with Snowden racing.


WHERE WERE YOU BORN AND RAISED?
I was born and raised in the NSW coastal town of Port Macquarie

WHEN DID YOU FIRST GET INTERESTED IN HORSES AND HORSE RACING?
I always had a love of horses from a very early age but no real interest in horse racing.
When I was around the age of 13 or 14, I got my first pony and even then had no real inclination of becoming a jockey. Not long after getting my pony, I was approached by Trainer John Sprague to come and do some work at his stables. I worked afternoons and mornings for a couple of years until I decided I wanted to give riding trackwork a go. My Mum and Dad were never that keen for me to have a career in race riding but when I said I wanted to give it a go, they said okay but I had to do it the right way. The day I rode my first jumpout was the day I knew that I wanted to be a jockey.

WHAT GIVES YOU THE MOST SATISFACTION WORKING AROUND HORSES?
Just being around horses, they are such a beautiful animal. I get great satisfaction and enjoyment working with and being around the horses. Of course since I started race riding, riding a winner is a great thrill, it gives you a feeling that is very hard to describe.

WHO DO YOU LOOK TO IN THE RACING INDUSTRY FOR GUIDANCE AND ADVICE?
My Dad is always someone who I have looked up to not only for guidance in race riding but how he conducts himself in everyday life. Dad was so helpful when I was riding up and down the North Coast. Being able to travel to and from the races with him was a great advantage. After each race meeting on the way home he would discuss all my rides and point out what I had done good and what areas I could improve on. Lately I have been taking particular notice of Kerrin McEvoy and his riding style and trying to learn from what he does. Since moving to Sydney, Kerrin has been most helpful in giving me tips about my riding style.

WHAT IS YOUR FAVOURITE HORSE?
A tough question, a horse called 'I Believe in Miracles' started it all for me. He was no world beater but a lovely horse to learn on and he basically taught me how to ride in the beginning. At this stage of my career there is no real standout but I am sure one will come along in the near future.

WHAT MADE YOU DECIDE TO JOIN FORCES WITH SNOWDEN RACING?
Since outriding my county claim I had been thinking for a while about moving from the North Coast to further my career. I have North West Steward, Shane Cullen to thank for getting me down here. Shane advised me not to rush into making a move. He advised me to ride another 10 winners after losing my claim and he would see what he could do for me. He phoned me one day and told me that Snowden Racing were willing to take me on trial. I was gob-smacked at being given such an opportunity, I could not pack my bags quick enough.