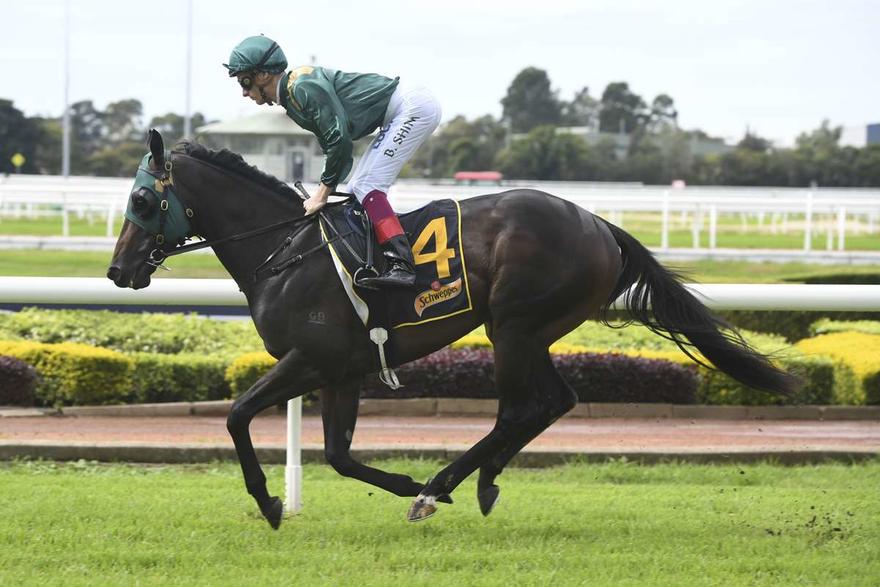 Trainer Peter Snowden admits he’s not sure where dual Group 3 placed colt Rome stands as the spring approaches and is looking for some direction at Hawkesbury on Thursday.

The Pierro three-year-old, who sold for $1,050,000 as a yearling, finds himself out of stakes company for the first time in his four starts in the Robert Oatley Plate (1100m).

It’ll be the second attempt at kicking off the colt’s preparation after he was scratched at the barriers at Canterbury two weeks ago.

“We were always going to go to a set weight maiden, kick him off and try to get that win first-up then look for better races later,’’ Snowden said.

“I’m sure he’s up to that class but you just have to tick that box first. Hopefully he runs well and from there we can plan out something.’’

While Rome was a short priced favourite for his intended return in a city maiden he’s a $5 chance with TAB as he takes on older horses at Hawkesbury having barrier trialled since that mishap.

Snowden said it’s hard to get a line on what distance will best suit Rome, who clearly didn’t handle the heavy track at his only 1400m attempt to date, but that’s an issue for later.

“Early he showed gate speed then it seemed to drop off,’’ he said.

“He’s a casual horse, his demeanour is very laid back and you’d think the way he gets around he wants seven or a mile. He’s a nice horse, I quite like him, and we will work it out as we go.’’

The Snowden stable has three well bred colts, including a half-brother to champion sprinter Chautauqua, engaged in the Hawkesbury Liquor Accord Handicap (1000m) but the trio could be split up - Snowden said that decision has been made harder by each of the three-year-olds drawing well.

The sibling to the former champ is named Rouchel and Snowden said he’ll only be having one run in his first preparation.

“Rouchel is a really nice horse, he’ll only have one run then go out,’’ he said.

“He’s still a bit immature, his two trials have been good and the work since his trial has been good.’’

The other pair are Leo and Ranges and they’ve seen plenty of each other, finishing 0.2 lengths apart in their past two starts at Kembla Grange and Snowden expects little to be between them again if they clash.

“Leo has had one start more, he has the right gate to give himself a chance,’’ he said.

“From barrier one he should be able to get cover and the more he settles the better turn of foot he will show later.’’