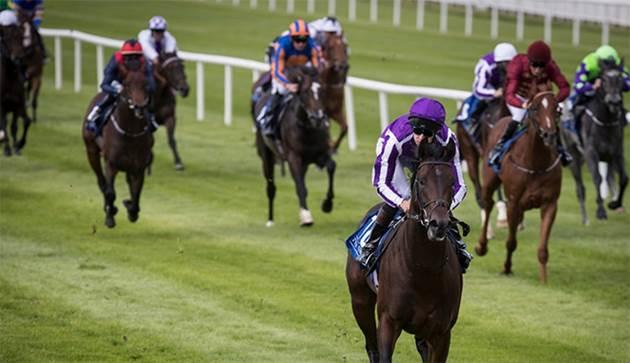 If Ten Sovereigns is worthy of a spot in The Everest, you'd have to fancy the country Victorian maiden chances of a horse who ran fifth to him on debut.

That opportunity exists for punters at Seymour on Thursday with one of the runners in the United Insurance Group Maiden Plate (1200m) having made his debut in the same race as the Coolmore speedster.

Giottino finished fifth of 25 in the 1207-metre maiden at The Curragh on August 25 last year. His beaten margin was 10.5 lengths, but it's worth noting that his then Aidan O'Brien-trained stablemate Ten Sovereigns won by seven lengths.

A son of champion sprint sire Scat Daddy who was part of a group purchased by Yulong late last year, Giottino is now in the care of Peter and Paul Snowden and has not started since.

Ten Sovereigns has won an additional three races, including the Group 1 Middle Park Stakes and Group 1 July Cup, both at Newmarket, and will chase another feature success in this weekend's Sprint Cup at Haydock.

Another strong showing there could enhance his prospects of being handed Coolmore's position in October's $14 million The Everest in Sydney.

Giottino has been prepped up for his Australian debut out of the Snowdens' Flemington base, where he has taken part in two 800-metre jumpouts this time in.

Giottino, the $2.40 favourite in BetEasy's market, has the services of top jockey Damian Lane.