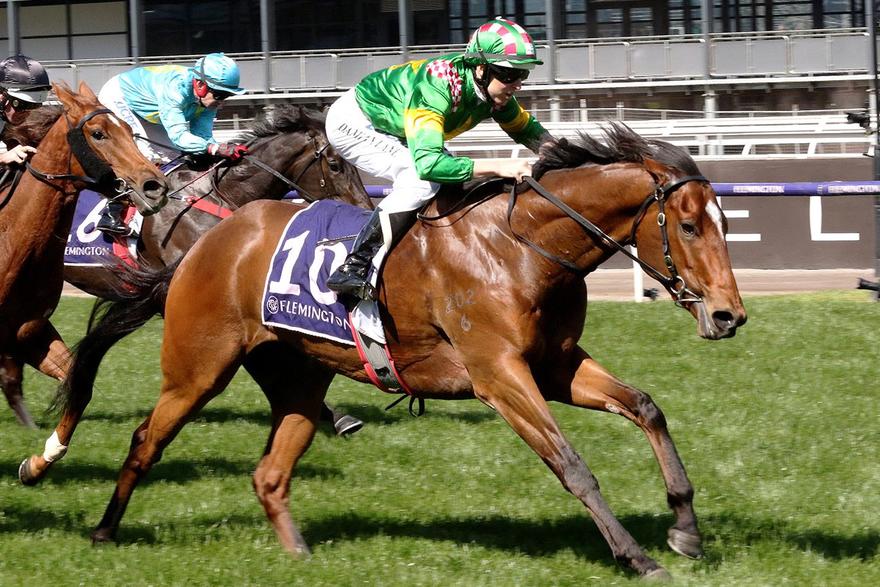 The well-supported Wayupinthesky made the trip down from Sydney worthwhile when opening her stakes account in Saturday's Listed Cap D'Antibes Stakes (1100m) at Flemington.

The daughter of Snitzel drew barrier 16, which turned out to be a blessing as the field of 17 three-year-old fillies came down the stand side rail.

Wayupinthesky defeated Absolute Flirt (Stratum) by a length with Athiri (Lonhro) a long-head back in third.

Highly enough regarded by the stable to make her career debut in the Group II Reisling Stakes at Rosehill on March 9, Wayupinthesky could do no better than fifth there but she broke her maiden at her next start at Warwick Farm. After a 20-week break, she kick-started her current preparation with a win over 900 metres at Newcastle.

"There's not much of her but what there's all heart and determination which she showed today," Peter Snowden said. "She's such a competitor with a will to win, she so willing and kind, she want's to please you all the time and she is a pleasure to have in the yard." 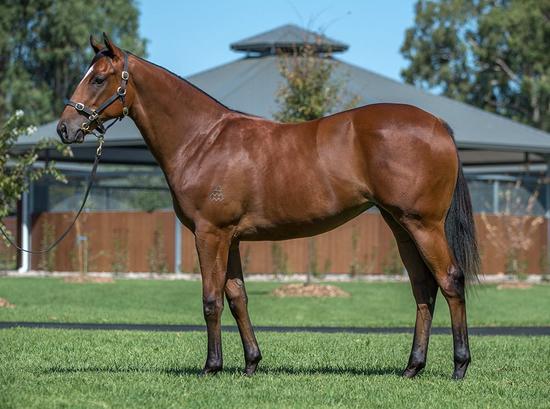 Bred by Greg Ingham, Wayupinthesky (pictured as a yearling ) was a $400,000 purchase by Kitchwin Hills out of the Arrowfield Stud draft at the 2018 Inglis Australian Easter Yearling Sale.

Racing for Max Whitby and Neil Werrett, the daughter of Snitzel is the second foal and second winner of the Lonhro mare The Darling One who won twice in New Zealand and placed third in the Group II Eight Carat Classic.