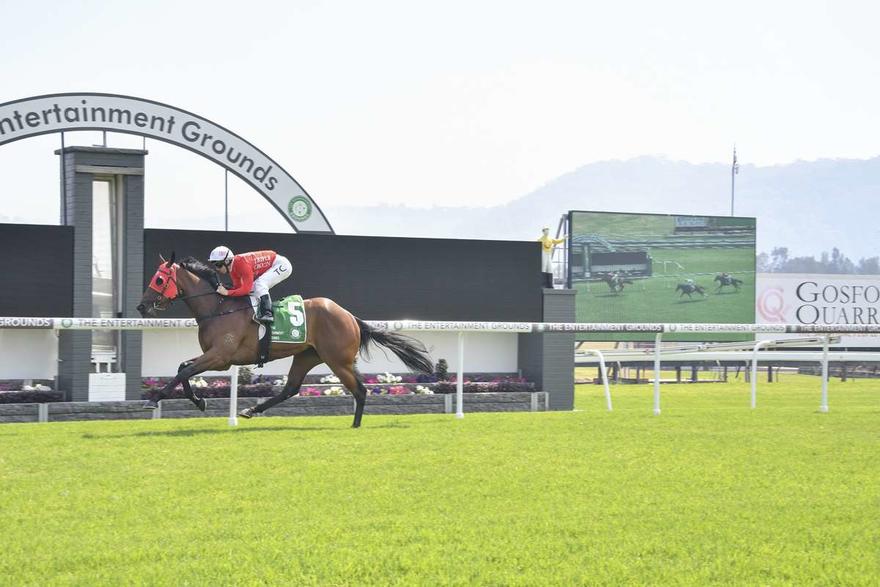 What a start to December! There was plenty of cause for celebration at Gosford on Wednesday as Triple Crown enjoyed a quickfire double courtesy of Single Story and Crimlet.

The latter was breaking her maiden at only the second time of asking and did so in emphatic style, showing a smart turn of foot in the straight to record a two and a half length victory eased down.

The daughter of Epaulette clearly learnt plenty from her racecourse debut at the same venue two weeks earlier and settled nicely under Tim Clark, before easing clear at the 200 metre mark to score in the manner of a promising individual.

Crimlet’s stablemate Snitzify lost nothing in defeat back in third and was strong through the line. Similar to how his debut effort panned out, Snitzify shaped as if a step up in trip will bring about further improvement having initially been outsprinted at a crucial stage. He also looks to have a bright future ahead of him as he gets over more distance. The return of the red silks also coincided with a return to the winner’s enclosure for Single Story earlier on the card, with Christian Reith giving the son of Not A Single Doubt a superb ride.

Single Story was able to keep tabs with the rest of the field over the 1600m trip before angling out for clear running rounding the home turn. He then responded well for Christian’s urgings and saw out the trip with aplomb, winning with slightly more in hand than the margin of a neck would suggest.

Congratulations to both sets of owners and strappers, while Team Snowden, Tim Clark and Christian Reith also deserve immense praise for what was a memorable afternoon.

Let’s hope for more of the same from these two at their next starts!