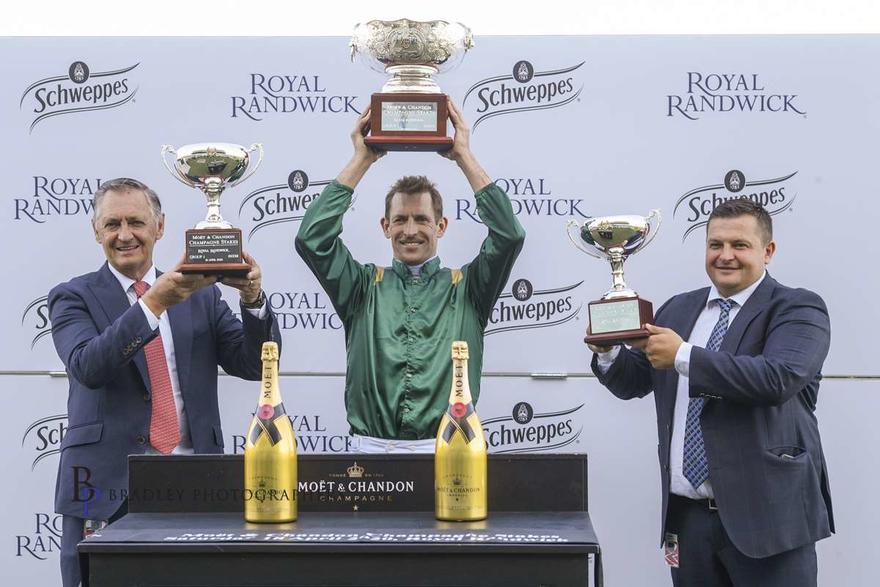 King’s Legacy also created a piece of racing history by becoming the first juvenile colt by champion sire Redoute’s Choice to win twice at Group 1 level. Remarkably, King’s Legacy is a three-quarter brother in blood to Not A Single Doubt, the sire of Farnan.

Bowman rode his 92nd career Group 1 winner as King’s Legacy became the 41st winner of the Sires-Champagne Stakes double, and the first to win both races since another Team Snowden youngster, Guelph in 2013.

“He’s got an impeccable pedigree so you can see exactly why, he’s just franked it, he is one of the best colts in the country and I can only see him improving further as a three-year-old.

“He’s the full package and he is just hitting his straps now as an Autumn two-year-old. As I said you could only see him develop physically, he’s already mentally all there, physically I can see him developing. It’s very exciting what lies ahead.”

King’s Legacy ($2.70 favourite) was again superbly ridden by Bowman as he charged down a very game Glenfiddich ($31) to win by a half neck with Ole Kirk ($4.80) just over a length away third.

Peter Snowden said it is satisfying that a long-range plan to target the Sires and Champagne Stakes double hit the bullseye.

“There was always a thought in our minds that these were the two races that would suit him. As it has turned out, we’ve got them right,’’ Snowden said. 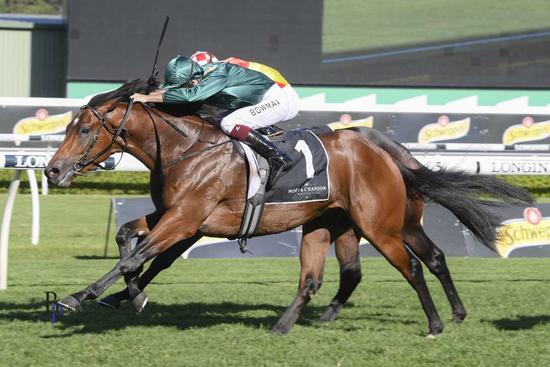 “It was a good result. He was given a peach of a ride by Hugh. Watching the race he was the one you wanted to be on. He travelled so well and quickened nicely.”

King’s Legacy, purchased by leading syndicator James Harron for $1.4 million at the Magic Millions Yearling Sale last year, scored his third win from six starts for nearly $880,000 prizemoney – and the promise of a lot more to come if Bowman and Snowden are right.

“I think it is only the start of what you’ll probably see as a three-year-old,’’ said Snowden, echoing Bowman’s thoughts. “He is definitely going to be a horse that is going to train on and a horse with a lot of substance and a good bit of quality about him.

“He is a nice colt. He will only get better as a three-year-old, there is no doubt about it. He is doing this on raw ability at the moment.

“He has got the right attitude, he has got a good turn of foot. He relaxes really well as you saw there today and he can quicken quickly. It is a big asset to have, he is a quality colt and I’m sure we’ll hear a lot more of him later on.”

Snowden said King’s Legacy will be spelled ahead of a spring campaign where the logical targets are the Golden Rose (1400m) and Caulfield Guineas (1600m).

Harron’s judgment in spending up big to secure King’s Legacy at the yearling sales has been vindicated with the colt’s brace of Group 1 juvenile wins making him one of the most valuable stallion prospects in the southern hemisphere.

“King’s Legacy is an extremely special colt,’’ Harron said. “Coolmore loved this colt and Tom Magnier was under-bidder at the Magic Millions. It is incredible how it has worked out with Coolmore buying into this colt between his two Group 1 wins.

“This campaign was all about the Sires’ and the Champagne and it is great when a plan like this comes off.’’

Magnier said Coolmore was “always trying to find these colts and we have landed on one here”.

“He has always been a very good looking horse and is dual Group 1 winner at two. He is a very exciting colt going forward,’’ Magnier said. “He ticks every box and there is a lot more to come.’’

Harron had the final word on the colt, a son of Redoute’s Choice and closely related to Not A Single Doubt. “He’s got the perfect name – King’s Legacy!”