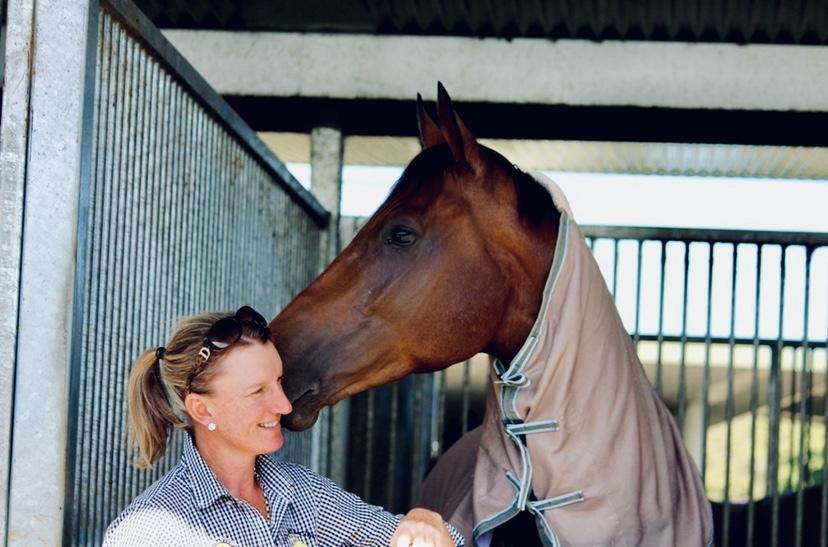 Q: WHERE ARE YOU ORIGINALLY FROM AND WHAT IS YOUR BACKGROUND?

I’m originally from a small country Town in Central West NSW called Coolah. My family have a property not far out of town on the Gunnedah rd where we have cattle and grain.

HOW DID YOU FIRST GET INTERESTED IN HORSES?
Growing up on the farm like we did we always had horses around. My two sisters and I were always helping dad muster the cattle and things like that, then a couple of years after I left school I got a job working for Peter and Michelle Lang-McMahon who run a showjumping Team in QLD. They now own Kolora Lodge which is a successful spelling/pre-training/breaking in operation. Whilst I was working for them we were lucky enough to make it to the 2006 World Championships in Aachen Germany and the 2008 Olympic Games Beijing . We ended up winning the 2009 Horse of the year show in New Zealand. However then my interests turned more towards the racing side of things so I left there and was able to work for some great trainers over the last few years. Now I find myself here working for Peter and Paul.

Q: WHAT GIVES YOU THE MOST SATISFACTION WORKING WITH HORSES AND BEING IN RACING?
Obviously winning is very satisfying, but it’s also very satisfying when you come across a few tricky ones that need a little bit of extra TLC. When you see them turn the corner and start putting it altogether it starts to make things all worth while.

Q: WHAT IS YOUR FAVOURITE HORSE?
Geez this is a hard one because there’s a few that I like but a couple that stand out the most would have to be the recently retired Cosmic Force. He was an absolute Gentleman in every sense of the word and also 2YO colt Barbaric who had a couple of really good wins last preparation and is very much a character!!

Q: WHAT DO YOU WANT TO ACHIEVE IN RACING?
I’m quite happy doing what I’m doing at the moment, but obviously I would like to gain as much knowledge and experience as I can to help the team become as successful as possible.

Q: WHAT IS THE BEST PART OF WORKING WITH SNOWDEN RACING?
The best part about working with Snowden racing would be the calibre of horses you get to work with. Also seeing Peter and Paul being so hands on really makes for a good team environment.

Q: DO YOU HAVE ANY INTERESTS OUTSIDE OF RACING?
As racing probably takes up most of my time it’s not my one and only interest. I love to travel, last year I went over to Europe and had the time of my life .

Q: WHAT’S ONE THING YOU COULDN’T LIVE WITHOUT?
That’s easy....COFFEE! I have to have a coffee first thing in the morning or else it’s not a good day!!

Q: WHAT’S THE WEIRDEST JOB YOU’VE EVER HAD?
I haven’t really had any weird jobs before but I’ve had boring jobs. When I was in high school I got a job after school packing shelves at the local super market. I didn’t last too long! It was very boring and it drove me insane.

Q: WHAT WOULD YOU DO (FOR A CAREER) IF YOU WEREN’T DOING THIS?
If I wasn’t doing this particular job it would probably have something to do with the racing industry regardless.

Q: WHO IS YOUR BIGGEST INSPIRATION?
When I was still in school we had a running coach called Peter Manning. From a very early age he instilled in me a very good work ethic. We were always taught that winning wasn’t easy and we have to work for it. Still to this day I think about some of the things he used to say but it is him that inspires me to just keep going and you’ll achieve great things.

Q: HOW DO YOU CELEBRATE A SUCCESSFUL DAY?
After a successful day there’s nothing better than heading down to the pub with your mates for a few cold ones.