A Super Saturday for The Red! 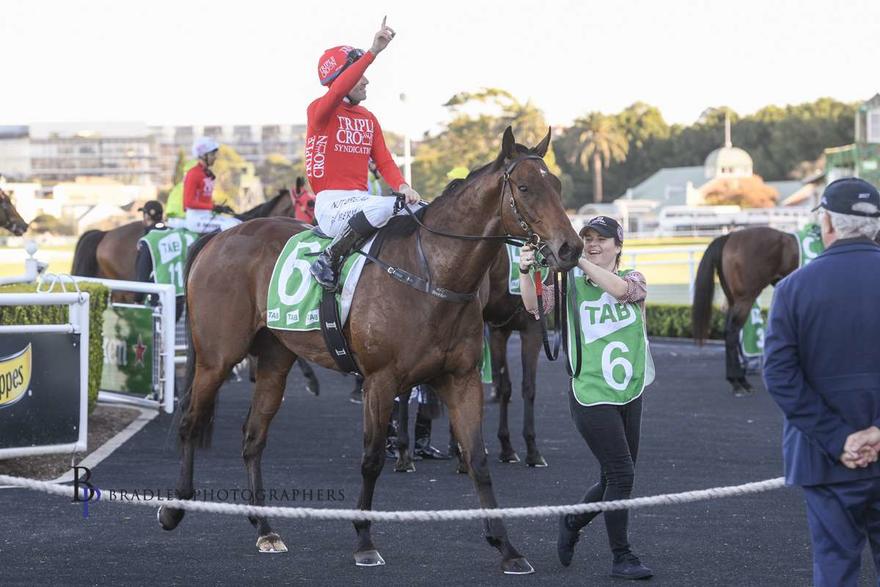 Triple Crown owners had plenty to cheer over the weekend, with a winner and three placings making it a Saturday to remember at Randwick and Newcastle.

Those with shares in POETIC CHARMER had particular cause for celebration, with the son of Your Song coming from last to first under a sensational Tommy Berry ride to land the Colts, Geldings & Entires Benchmark 78 Handicap (1200m) on the card.

The stylish win marked his first in a Saturday metropolitan race and few could begrudge him that success, given that he had placed at the same level on six previous occasions! PC’s victory was made all the more impressive given it was his first outing since the middle of February, which is testament to both the horse’s attitude and the training of our exclusive syndication partners Peter & Paul Snowden.

It is no mean feat to sport the leader the best part of 12 lengths turning for home and Tommy also reported that he didn’t enjoy the heavy track, so there is plenty of merit in Saturday’s victory!

There was also plenty of merit in the run of PC’s Triple Crown-raced stablemate CHARRETERA, who hit the line strongly after enduring a slightly troubled passage to finish a close third, beaten less than a length. That comes off the back of another solid placing over the same course and distance, indicating that a return to the winner’s enclosure isn’t far away for Charretera. 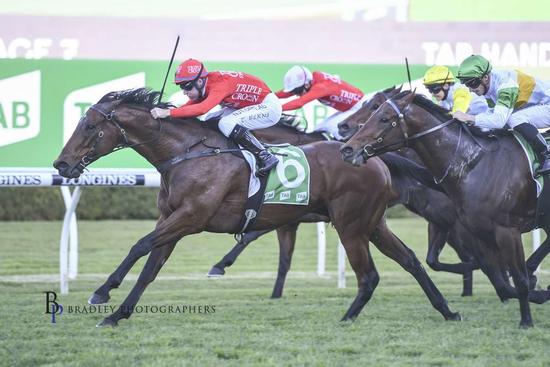 Triple Crown to the fore: Poetic Charmer crosses the line in front with Charretera flashing home to his inside

The same can be said of CRIMLET and CHELSEA REIGN, both of whom outran their odds to finish second and third respectively up at Newcastle. Our other two runners at Randwick on Saturday, BRAZENPINE and MISTEED, also ran with great credit to finish fourth and fifth from tricky barriers, with Brazenpine in particular impressing on the clock.

This progressive daughter of Brazen Beau clocked the fastest closing 600m of the day in 34.61 and, given that both Tim Clark and Peter Snowden reported that she was unable to quicken as she normally would on the heavy track, we are excited at the prospect of getting her back onto firmer footing when she returns from a short freshen up in a couple of months’ time.

A win, three placings, a fourth and a fifth from six runners certainly made it a fruitful weekend for Australia’s leading syndicator of racehorses! Congratulations to all our winning owners in Poetic Charmer and hopefully those with shares in the weekend’s placegetters will be enjoying that winning feeling in the not too distant future!