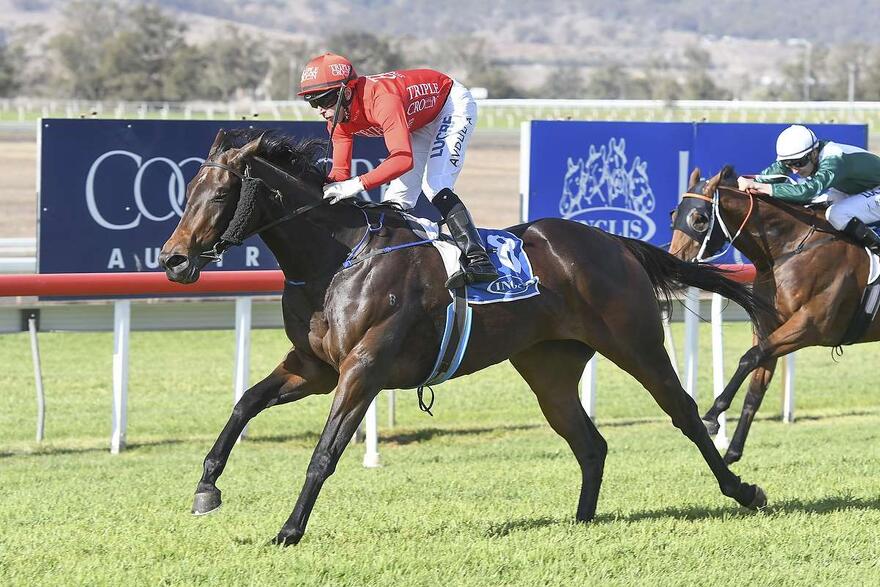 Triple Crown are delighted to announce that our Group 3 winner MOSS TRIP has scanned in foal to four-time Group 1 winner TRAPEZE ARTIST.

The daughter of Mossman, who won over $500,000 in prizemoney for her owners during a stellar career on the track, returned an early positive to her 14-day post ovulation scan earlier this morning.

A scintillating winner of the Listed Inglis Scone Guineas as well as the Group 3 J H B Carr Stakes at Royal Randwick, Mossy was retired earlier this year having also recorded multiple placings at Group 2 level.

The timing of the positive scan is very apt given that Trapeze Artist, the Champion 3YO of his generation, won the Group 1 Golden Rose Stakes almost three years ago to the day!

The son of Snitzel went on to win a further three times at the highest level and finished a gallant runner-up to Triple Crown superstar REDZEL in The Everest back in 2018.

Mossy will be scanned again at the 28 day stage.