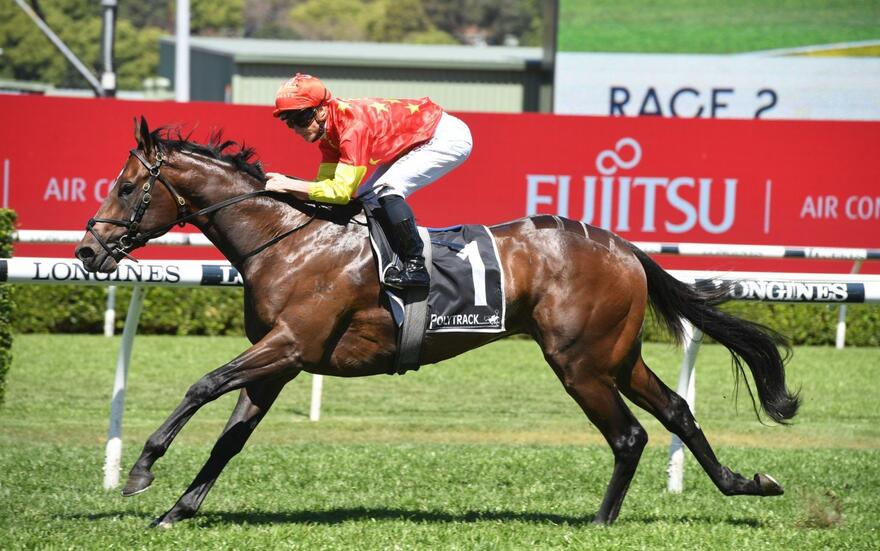 A more mature Wild Ruler will face his moment of truth when he lines up against a top-class field in the Coolmore Stud Stakes at Flemington.

The colt showed promise as a juvenile but had a tendency to over-race and was at times his own worst enemy.

But as a spring three-year-old, Wild Ruler has been much more tractable, recording back-to-back stakes wins in Sydney to earn himself a start in Saturday’s Group One sprint.

“He is just starting to race better now and he’s giving himself a better chance to run to his ability,” co-trainer Peter Snowden said.

“He’s helped himself because he is relaxing better.”

Snowden will be chasing his second Coolmore Stud Stakes (1200m) after winning it with Sepoy nine years ago.

While Sepoy contested his lead up races in Melbourne, Wild Ruler will be following the same path as stablemate Cosmic Force last year.

Cosmic Force was second in the Heritage Stakes and won the Roman Consul before finishing sixth to Exceedance in the Flemington feature.

He jumped from a midfield draw while Wild Ruler has the outside barrier in Saturday’s 14-horse field, a gate Snowden regards as ideal down the straight course.

“Of all the straight races I’ve been in before and seen, I think you’re better off drawn wide than they are inside. I’m happy with the draw,” Snowden said.

“The Group Ones are hard no matter what they are so he will need to be at his best.

“It will be a competitive race so he’ll need to do everything right.”

Wild Ruler is prominent in early markets at $6.50, while Golden Slipper winner Farnan is quoted at $5 as he bids to get a frustrating spring campaign back on track.