Typhoon storms to first up victory 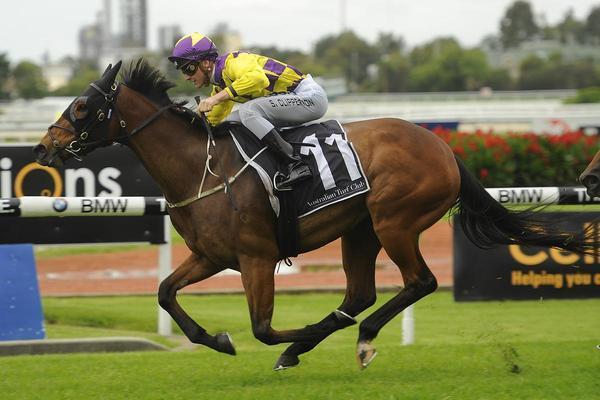 Typhoon Jolie took all before her in the Cellarbrations Kotara Handicap (1200m) at Rosehill on Saturday 14 November to score a comfortable length victory ahead of Role Model and Fiftyshadesofgrey, bringing her win tally to four from just nine starts.

The talented four-year-old mare settled beautifully for Sam Clipperton behind tear away leader I Am Zelady, before making a move at the 100 metre mark to record an effortless first up win since her last run on June 24.

The feisty daughter of Shamardal is out of Japanese mare Jolie’s Shinju, who also displayed spirited traits throughout her successful racing career which garnered over $1.3 million in riches highlighted by a Singapore Derby (2000m) win.

"She's a tricky mare to deal with because like her mother, she’s got a very high opinion of herself,” explained Paul Snowden.

“We have the same routine for her every day which includes the same rider and the same strapper, so while she may be challenging to manage at times, it’s all working well so far.

Snowden believes Typhoon Jolie will appreciate the step up in distance as she aims towards black type success in 2016.

“Everytime she steps out on raceday, she tries her best and leaves nothing in the tank so that’s all you can ask for from a racehorse.

“There’s a lot of upside to her and we think she will be even better once she gets to a mile and beyond like her mum.”

Owned by Dr K C Tan, Typhoon Jolie’s next target is a Listed 1350m race in Brisbane on 5 December.