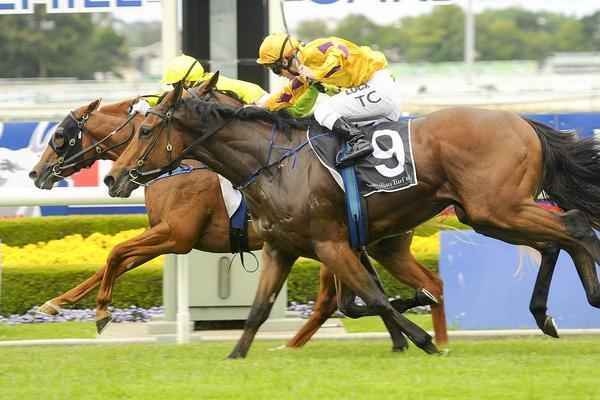 We’re Sure and Winona Costin provided Snowden Racing and their army of owners from Australian Thoroughbred Bloodstock with a win to remember, nailing rivals on the line in a heart stopping finish in the Lidoran Group Handicap (1200m) at Rosehill on Saturday.

The talented son of Not A Single Doubt, who’s now scored two wins from three starts, sprouted wings from a near impossible position at the 100 metre mark to storm up on the inside rail for a last stride win, which even surprised Costin in the end.

“I thought he was going to run in the minor placings but that last 100 was just breathtaking, I’ve never felt anything like it.”

Wearing blinkers for the first time, Costin had to use all her skill and wits to keep We’re Sure settled out back before weaving a passage through the field in the home straight to give him clear galloping room and one last crack.

Peter Snowden was also in awe of the performance adding, “That was an impressive win, I honestly didn’t think he was going to get there; it was unbelievable really.

“This horse has still got plenty of improvement to come so we’ll keep stepping him through his classes over the coming weeks and if he continues to raise the bar then we’ll put him away and bring him back for the three-year-old races in the Autumn.”