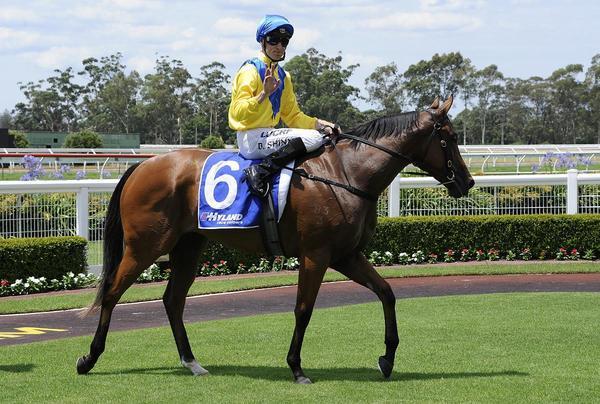 Promising two-year-old filly Mooshakissa blew rivals away in the Hyland Race Colours Maiden Plate (1100m) at Warwick Farm on December 9, earning herself a potential chance to compete in the $2 million Magic Millions Classic (1200m) on the Gold Coast on January 9.

The daughter of Duporth, out of the regally bred Redoute’s Choice mare Electric Dreams - who’s a three quarter sister to Group 1 winner Amamato and Group 3 winner Meares, stole the show the moment she jumped from barrier one for an all the way win, to score by three lengths.

“I was impressed by her win and the manner in which it was done today; it was totally professional,” said Peter Snowden.

"She was bought at the Magic Millions by Tim Stakemire for Sheikh Khalifa Al Maktoum and after today’s performance I think she's worthy of a trip up to the Gold Coast to compete for that great prizemoney," said Peter Snowden.

"As is stands she hasn’t earnt enough prizemoney yet to qualify for the Magic Millions Classic so we’ll send her to Rosehill on December 19 with a view to hopefully increasing her career prizemoney.”

Mooshakissa, who finished third on debut to impressive stablemate Quick Feet which carries the same colours, only needs to finish in the top four placings in Saturday’s $85,000 2YO Plate over 1100m at Rosehill to meet the Magic Millions Classic race conditions.